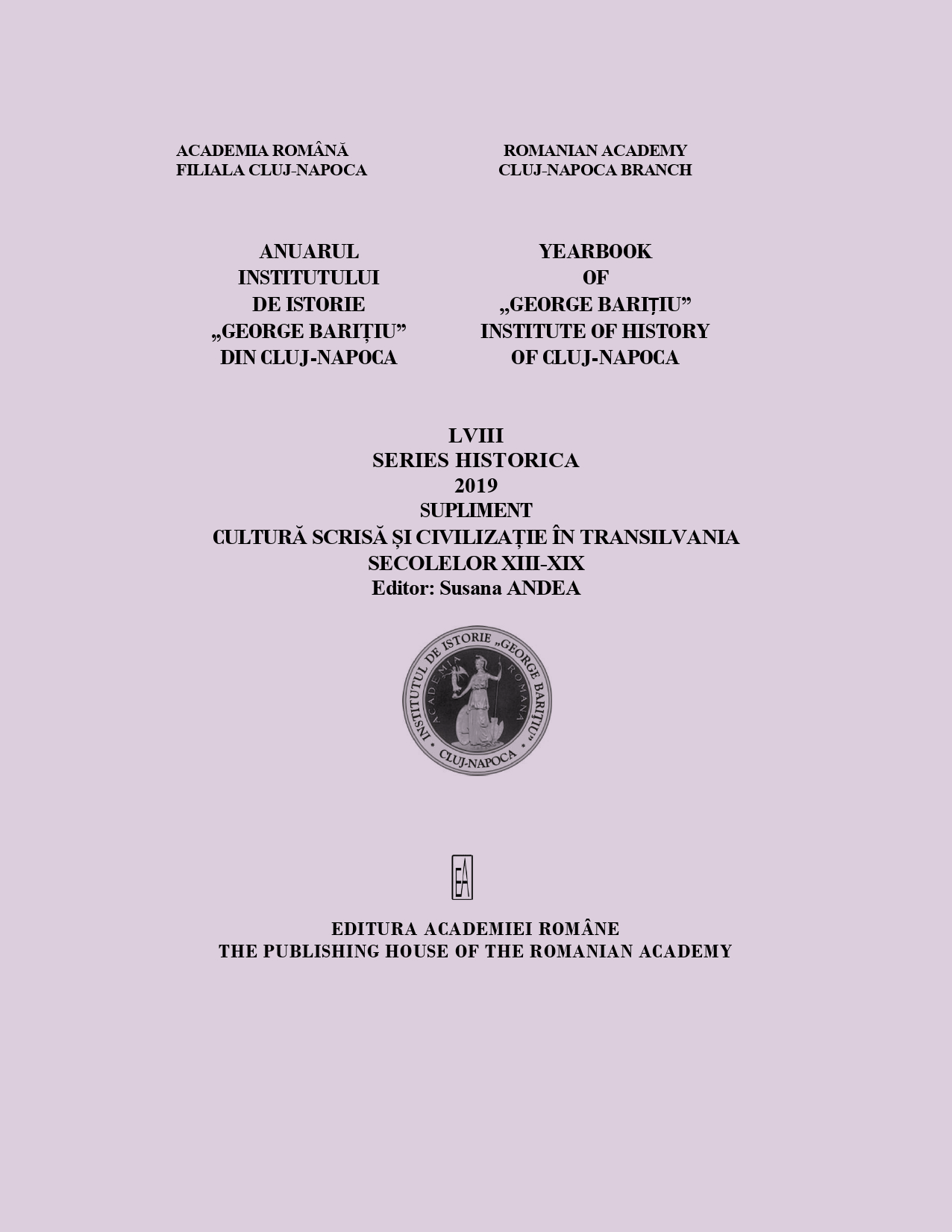 Summary/Abstract: The present study aims to indicate the documents related to the activity of the Order of the Friars Minors in Transylvania within the period between the arrival of the Order in the Kingdom of Hungary and the year 1600. Firstly, there are highlighted texts that were found within the volumes of documents that appeared on Romanian territory over time. Secondly, fifteen unpublished original documents, regarding the mission of the Friars Minor in Transylvania are analyzed. These sources were found due to the project regarding the digitization of medieval documents from the National Archives of Romania. At the same time, along with these two approaches are proposed two volumes of documents, coming from the Italian and Hungarian space, which sum up only texts regarding the activity of the Friars Minor. At the end of the study, taking the example of these initiatives, this question arises: To what extent could be produced a volume of documents that contain only texts regarding the activity of the Order in Romania?