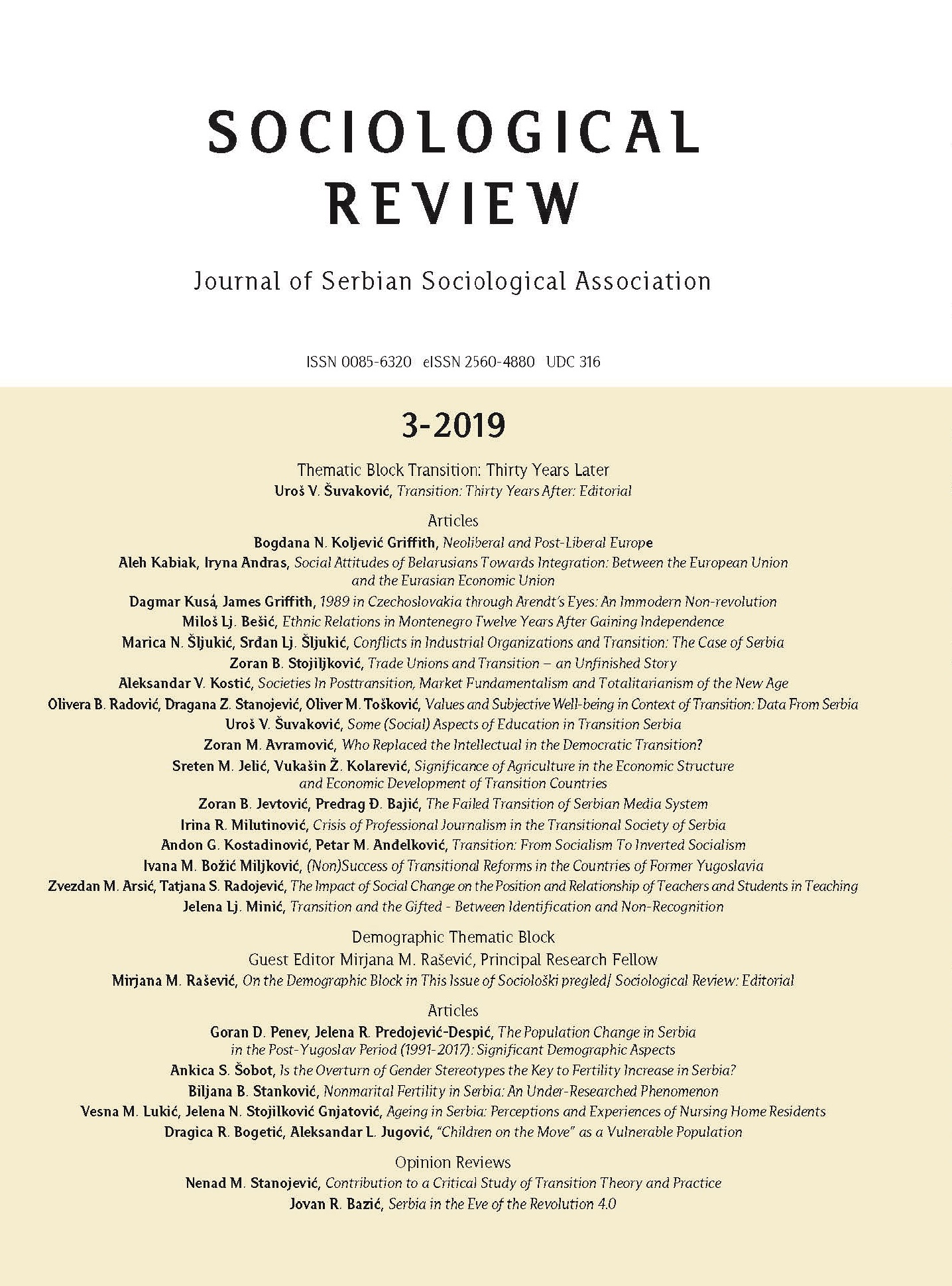 Summary/Abstract: This essay examines the status of events of 1989 in Czechoslovakia from an Arendtian perspective, focusing on whether they qualify as a revolution or even, precisely speaking, a modern event. For Arendt, revolutions are decidedly modern in that they expand freedom to all equally, an expansion conceivable because history can be thought of as rectilinear and because new ideas can be introduced into the secular world. Leaving aside the importance of violence as a criterion, we find that 1989 in Czechoslovakia does not live up to her other criteria, nor does it make sense to call it either modern or postmodern. We thus claim that it is an ‘immodern’, non-revolutionary event. In concluding, we find that its immodernity is why it failed to be a revolution.