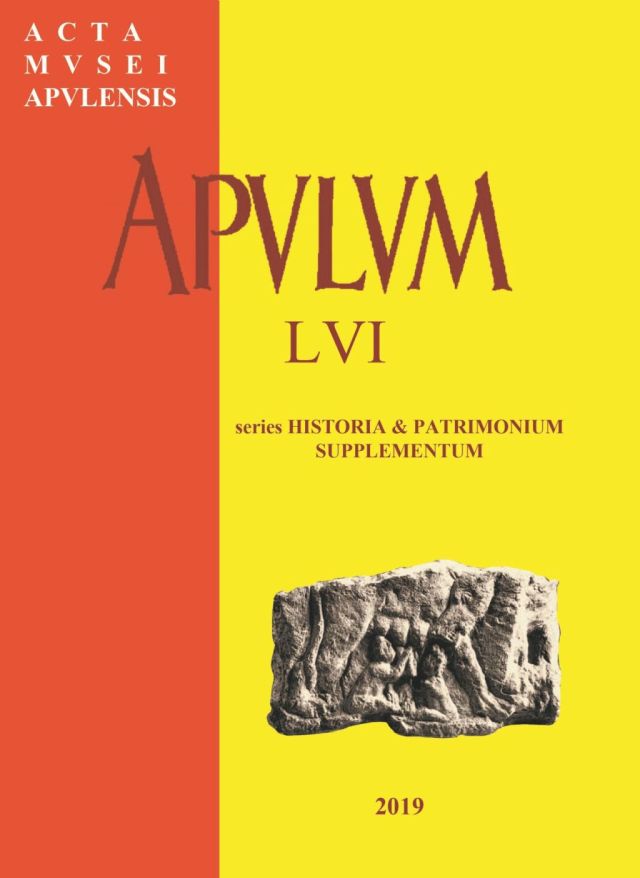 Summary/Abstract: The article brings together intellectuals from Satu Mare, Romanian and Hungarians, either born in this area or with pedagogical or research concerns in this corner of the country, who have worked as teachers or translators from works of the classical Greek and Latin authors. We will also refer to many priests born in Satu Mare County, who have become professors especially appreciated at the famous "Schools of Beiuş".Among these social figures who have had among the multitude of preoccupations also the writing of textbooks, we recall:Grigore Maior (1715-1785), Greek-Catholic bishop. He was a teacher at the Blaj schools, where he worked on compiling a dictionary and organized the library.Sárváry Pál (1765-1846), Ph. D. in philosophy, professor at Debrecen, correspondent member of the Hungarian Academy of Sciences since 1832.Budai Ézsaiás (1766-1841), priest, writer, professor, philologist, bishop of the Reformed Church from across the Tisa. In 1794, he was a teacher of Latin, Greek and history at the Reformed College in Debrecen.Andrei Cosma (1843-1918), lawyer, contributed to the promotion of Romanian education and the writing of several didactic manuals.Bartók Gábor (1813-1877), Hungarian and Classical Language teacher, director of Satu Mare Reformed High School for ten years.Gyurits Antal (1819-1892) professor, notary of the Royal Table, stenographer, educator.Szénássy Sándor (1828-1872), teacher, professor, classical philologist.Iustin Popfiu (1841-1882), Greek Catholic priest, in 1874 became a liturgical professor at the Latin Seminary of Oradea and vice-rector of the Romanian Seminary.Augustin Lauran (1844-1912), Greek-Catholic lecturer, was the rector of the diocesan seminary and director of Oradea's Preparation.Csengeri János Ferencz (1856-1945), professor at the Department of Classical Philology of Cluj University since 1895. Since 1921, he had taught at the Ferencz József University of Science in Segedin. He published numerous volumes of translations, accompanied by notes, comments and explanations.Fodor Gyula (1864-?), Ph.D. in philosophy, Latin and Greek teacher, and stenography. Numerous papers published in the field of classical languages.Traian Fărcaş (1854-1926) and Ioan Fersigan (1861-1908), Greek-Catholic priests, both professors at Beius.Victor Borlan (1862-1931) professor at Beiuş, Greek Catholic priest.