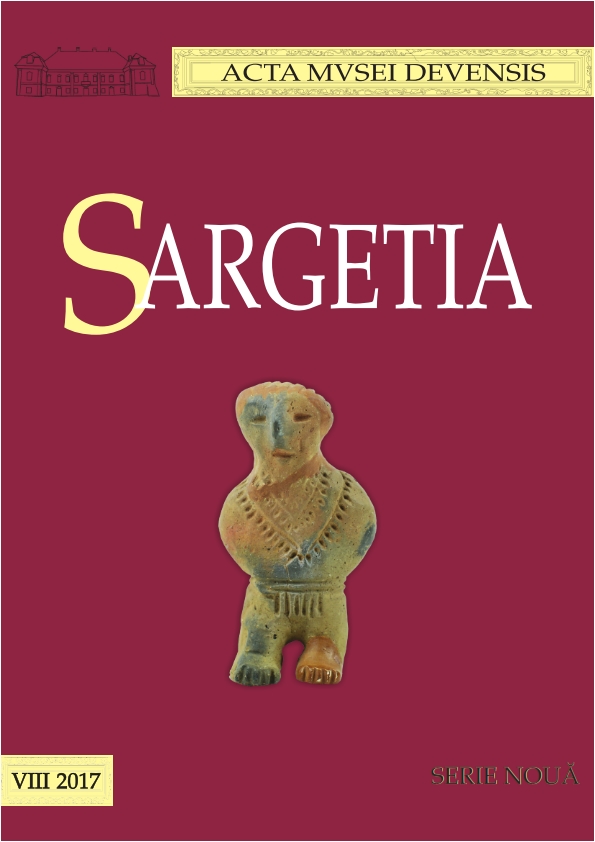 Summary/Abstract: Our article contribution concerning the personality of the scholar Moise Sora Noac (1806-1862) and we have tackled his family and origins.The most important documentary category we have used during our research work refers to some original sources identified among the records kept by the National Archives, belonging to the Satu Mare County Department. Moise Sora Noac was born on the 1st of August 1806 in Haţeg, in the county of Hunedoara, his father being the priest Matei Sora. We know about his father that he was a secondary priest or chaplain. Noac’s mother was Maria Novac, some authors stating she was a descendant of the family of Baba Novac. Several distinguished scholars were descendants of the same family Novac (Noac). More interesting is the fact that in describing this noble family we may find both name forms of „Noak” and „Novak”. Most surely, the origins of Moise Sora Noac was a noble one both on his father’s side and his mother’s side as well, thus explaining the keeping of both family names. His first instruction years began at the customs school from Orlat, then on to the Franciscan Monks’ normal school of Haţeg, successfully graduated, where he received his basic studies on Latin language. He then goes on to study his first two gymnasium classes at Blaj, followed up by a bishopal scholarship in Alba Iulia. It is also by means of a Bob scholarship that he attended Law and Philosophy at Cluj. With the support of the famous professor Ladislau Vajda, he studied theology at Oradea. Here he was appointed by the bishop Samuil Vulcan to make exerpts from the bishopry library and the seminar library. The years he spent in Oradea contributed to his personal development in the spirit of the Enlightenment period. Noac’s most constant relationship was with Bariţiu’s publications: Gazeta transilvană (The Transylvanian Gazette) and its supplement, Foaie pentru minte, inimă şi literatură (Pages for the mind, heart and literature). It is by Noac’s diligence that the Romanian press started to have access to the Satu Mare area, Noac being a hardworking distributor. In as far as his collaborators are concerned, Noac is placed among consecrated names such as: Timotei Cipariu, Damaschin Bojincă, Costache Negruzzi, Ioan Maiorescu, Florian Aron, Alexandru Gavra.Ordained in 1830, he became a priest for village priesthoods. After his marriage to Amalia Maria Nagy, he was appointed to the Auşeu, Drăgoteni, Fiziş, Homorodu de Mijloc parishs. From 1846 he works in Nanda (today’s Hurezu Mare). We have come across documents of novelty concerning his activity, especially the bloody days of the 1848-1849 Revolution. The year he leaves the diocese of Nanda, he offers it a micro-monography. After leaving Nanda, we have no data on Moise Sora Noac till the summer of 1855, when he writes to Timotei Cipariu about the printing of his translations from Latin classics. The letter is signed as a Romanian united parish in Almoşd. Moise Sora Noac finally arrived in Bozânta Mare, where he eventually died on December 13, 1862.