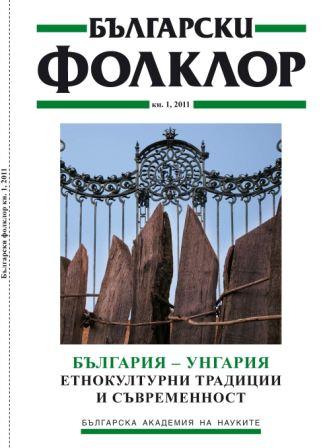 Summary/Abstract: The current study deals with the Bulgarian school in Budapest, whose creation in Febru¬ary 1918 was connected with the increase of Bulgarian gardeners’ diaspora in Hungary and in the capital Budapest, and with the striving of Bulgarians in Hungary to preserve their cultural identity. The text carries out a social-anthropological analysis of the Bulgarian primary school and highschool in Budapest on the basis of the evidence from the school books, which are preserved in the school. Closer attention is paid to the models of children’s migration, the social origin of its graduates, the dynamics and quantity parameters of school attendance, the students’ mobility, and – finally, the efficiency of school’s educational activity, taking into account also the gender structure of its students. Due to its dispersion across a large territory during the interwar period, the Bulgarian diaspora in Hungary has been naturally disposed to processes of integration and assimilation. These did not actually take place, however, because of the relative closedness and conservatism of the Bulgarian gardeners’ society, which constituted the main part of the Bulgarian diaspora in Hungary. Among the other reasons are its affinity to preserve its own cultural traditions, its constant enlargement through the joining of new gardeners who settle in the country, and its incessant and vivid connection with the Bulgarian motherland. A higher level of compactness is observable among the largest Bulgarian community in Hungary – the one in the capital, Budapest. It is exposed, however, to more „integration” challenges, that is why it created the first Budapest-born Bulgarian generation with such an ethnostabliziation factor, as the Bulgarian school there.