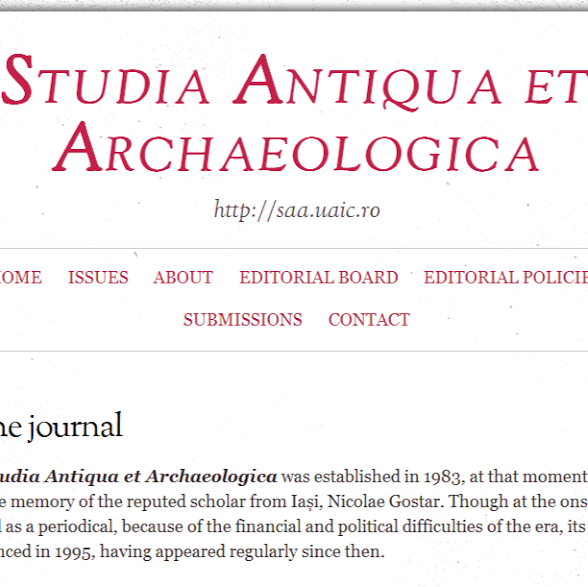 Summary/Abstract: The article presents the preliminary results of the archaeological and ethnographic explorations of the site with remains of salt exploitation from Gherla–Valea Sărată. The site is located at ca. 1800 m south-west of the city of Gherla, Romania, and covers the valley of a salt creek measuring ca. 3000 m (N–S) × 550 m (E–W). In the northern sector of the site, around a salt water basin that was recently developed, on a surface measuring ca. 70 m (N–S) × 60 m (E–W), there were identified and studied various archaeological remains: traces from structures of wooden poles and wattle, ceramic fragments and a stone axe. They date from the Neolithic or the Eneolithic, the early and middle Bronze Age, and the modern period. The discovered remains are, by most probabilities, related to the exploitation of the salt water. In the northern and central part of the site there are numerous cavities and earth mounds, as well as other soil irregularities of anthropic origin, for which it was not possible to advance a dating. The northern part of the site yielded several structures from the recent period: two roofed salt water wells with timber shafts, both recently re-developed using fresh and reclaimed timber. Across the entire site there are several salt springs with basic furnishings. In the northern and central part of the site there are several “scalde” — pools with basic furnishings used for treatments with salt water and mud, without any supervision from healthcare personnel. Near the largest of these “scalde”, there have been discovered fragments a wayside crucifix, specific to the area. It was most likely dedicated to the curative properties of the “salt place”. According to the interviewed denizens, the saline manifestations from Valea Sărată are exploited to a large extent in the traditional economy: for cooking and preserving human food and animal fodder, and in folk medicine. Also relevant is that Valea Sărată is one of the preferred grazing locations for sheep according to the local shepherds, who mentioned that animals particularly like the grass growing in saline soils. The brine from Valea Sărată is considered by the locals and inhabitants of the surrounding villages as “the best of the area”, so that people from multiple settlements around a 10 km radius come regularly to Valea Sărată for collecting brine and for bathing. The site has a high potential for more in-depth interdisciplinary research.