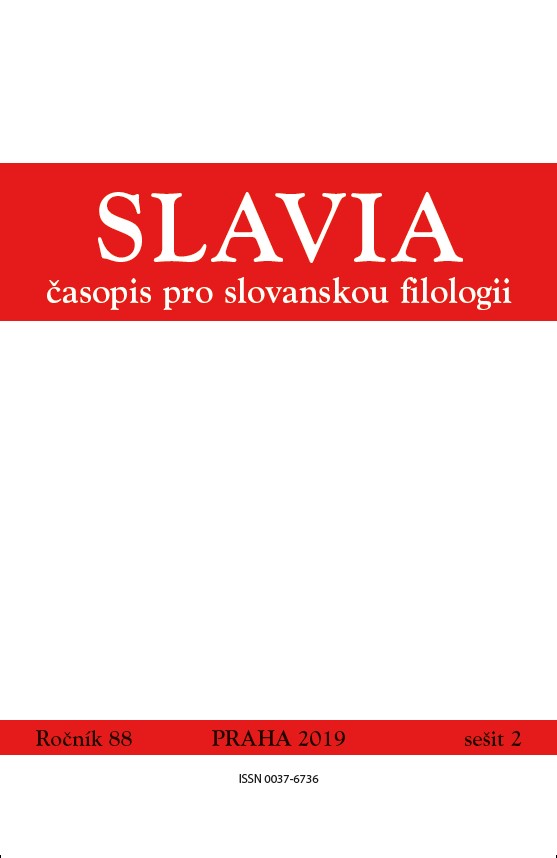 Summary/Abstract: The novel by Slovak writer G. Maršall-Petrovský (1862–1916) Jánošík with the subtitle Kapitán horských chlapcov; jeho búrlivý život a desná smrť can be regarded as a part of the contemporary novel genre consciousness where elements of a historical and adventurous novel are present. The novel stands at the beginning of adventurous-historical journey and it is the breakthrough in dealing with the theme of Jánošík that has been predominantly the topic of the poets so far. Maršall-Petrovský combined his own artistic vision of youth life journey of a legend emblazoned folk hero together with Ján Botto’s verses from Smrť Jánošíkova and folk traditions of the fantastic Jánošík’s actions. The author embodies „the looted national treasures” into the resemblance of the national intentions on the break of the 19th and 20th century and presents the depiction of the idealised fighter for national freedom. Jánošík is in the position of an exposed national hero who is supposed to fulfil his mission and becomes a mythological picture. The writer illustrated the presence through historical features while addressing contemporary moral and psychological problems of his time. He constituted the points for anchoring of the collective memory together with the aim to create an image of continuance; construction of the past is focused on organising of the present and projecting into the future. Moreover; he freely manages reality and comes closer to the fictional world; highlighting the bridge between literature being the tool of a national struggle; aesthetization and leasure-entertainment function of this genre.