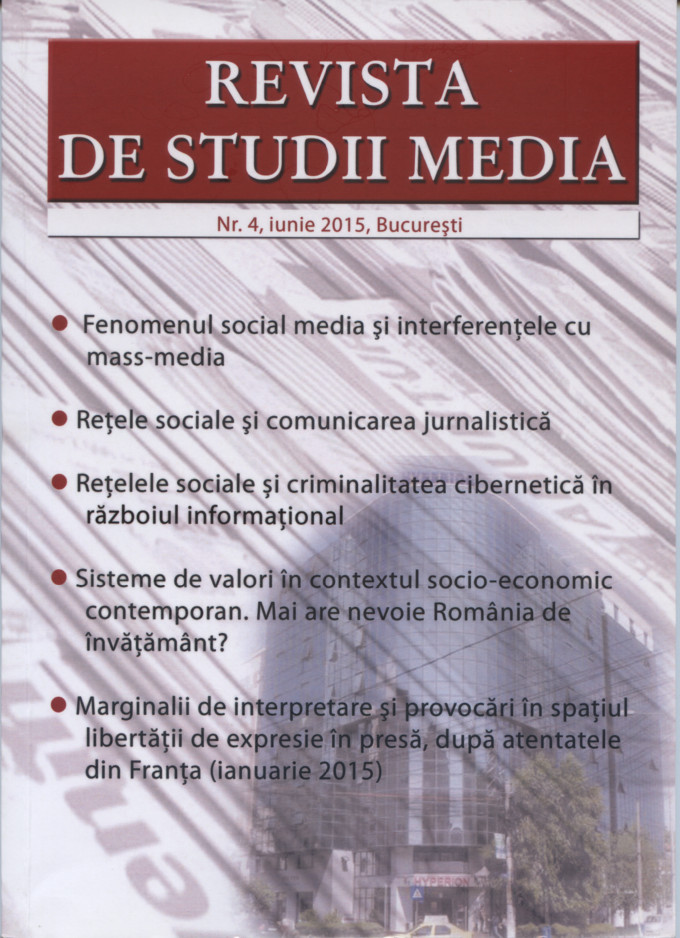 Summary/Abstract: Social media is now one of the most popular concepts used in direct correlation with notions such as the Internet, information society, globalization, media, new media, Web 2.0, press etc. Except for ”classical” concepts whose foundations have been established centuries ago, such as the press, or decades ago, such as the media, all other terms listed belong to the final years of the last century and the beginning of the present one, in other words they are terms of great novelty, with a decisive impact, defining the world in which we live. What becomes increasingly clear is that we are in a phase of maximum interference, interconnections and interdisciplinarity.