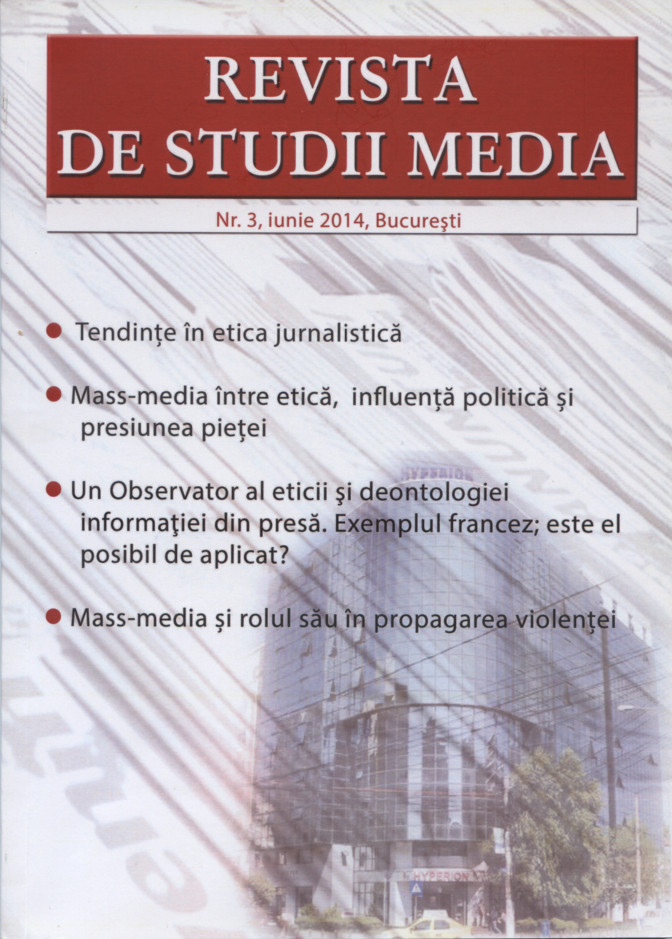 Summary/Abstract: The relationship between the journalist and the public becomes, gradually, a closer one and this is due to the increasingly rapid evolution of mass media. The immediate feed–back, the interaction, the participation of the public itself to the act of writing the press, the information that arrives, just like that, to those interested, by using the miracle of Internet. The media landscape is replete with testimonials but also “firsthand" or “primary source” data, pieces published on blogs, either organizational but also private! We shall not mention the bewildering rush of information posted on social sites that become the “rulers” of the hierarchy of news on the official websites of the press, television news broadcasts, radio or in, by now, the decaying old and oppressed printed publications. The phenomenon of social media is becoming increasingly powerful and so we are being bombarded by a barrage of information from all possible fields. Are we really trained as journalists to inform and explain this new world without abdicating the moral principles governing or used to govern this job, which, I hope, we practice with passion and faith? Are we able to sift among the millions of sources that are made available instantly to us in order to reveal the reality in which we live in?