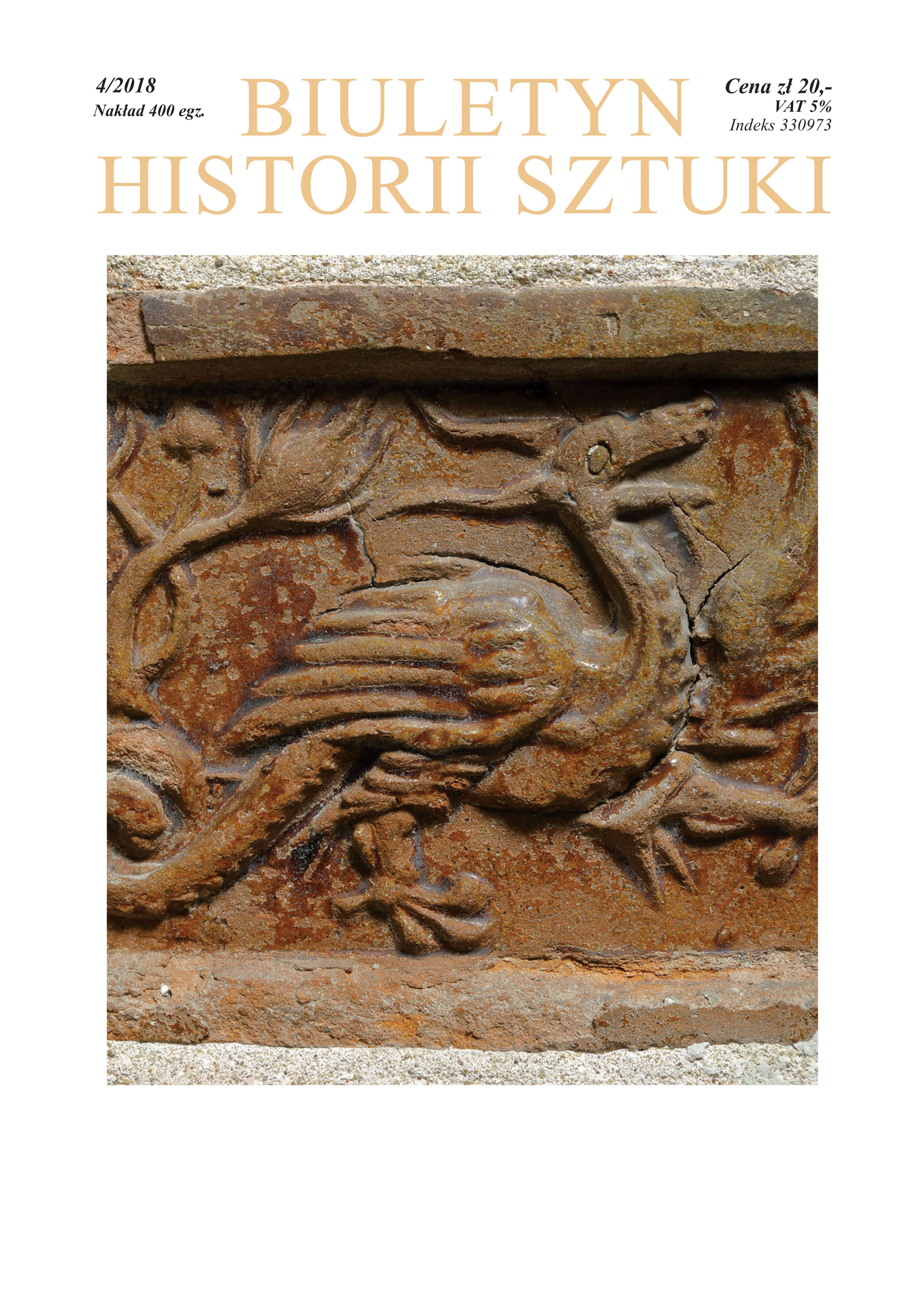 Summary/Abstract: Wrocław Almanac for 1495 in the Sichergestellte Kunstwerke im Generalgouvernement Catalogue. From the Research into the History of Polish Artistic Collections during WW II It is the Wrocław Almanac for 1495 (GW 1502) from the collection of the Jagiellonian Library in Kraków (Inc. 1979), included in the Sichergestellte Kunstwerke im Generalgouvernement Catalogue, elaborated and printed in the first half of the 1940, that is discussed in the paper. The Catalogue was not a publication in circulation, but a sumptuous canvas-bound volume printed in merely over a hundred copies, and containing the report of Kajetan Mühlmann, fulfilling his mission of the Sonderbeauftragte für die Erfassung und Sicherung der Kunst- und Kulturschätze, namely of the Special Delegate for the Registration and Securing of Artistic and Cultural Treasures on the Former Polish Occupied Territories, from the first stage of his activities and those of his office from October 1939 to June 1940. The mission’s goal was to catalogue, as well as make a qualitative selection and secure items valuable from the point of view of the interest of the German State from among the Polish artistic collections on the territory of the General Government, i.e. Polish occupied territories. According to the introduction to the Catalogue, the Special Delegate and his co-workers were supposed to demonstrate their exceptional efficiency, in merely six months overtaking all the artistic resources in the occupied country, while also studying them at the same time. The author of the Introduction, possibly Kajetan Mühlmann himself, questioned, or more strictly speaking, negated an independent development of Polish art, demonstrating the impact of the German culture in Eastern Europe. Moreover, he boasted that all the works recorded in the Catalogue, and of European standing, regardless of their place of origin, essentially expressed, also in their character, only the German spirit, proving the power of German culture. The undertone of the Introduction, as well as the used phrases, and the meticulously lavish cover of the Catalogue prove that it was a purposefully and unequivocally work of a propaganda, while the seemingly academic claims they contained were groundless. When analyzing the description of the 1495 Wrocław Almanac in the Sichergestellte Kunstwerke im Generalgouvernement Catalogue, the Author was determined to thoroughly analyze the external form of the print, its factual contents, as well as the woodcut decoration enriching the Almanac. He also traced all the changes occurring in the bibliographic records, and subsequent stages of the research into the item, particularly sensitive to any fake trails that occasionally appeared, and which subsequently undertaken by scholars or bibliographers, could reveal their inspirations. Consistently following his adopted method, the Author proved that the note by the German functionary and related to the Wrocław Almanac was based on the note by Zofia Ameisen published in 1929 in Volume 69 of the Einblattdrucke des Fünfzehnten Jahrhunderts series, accepted uncritically, with no verification, merely substantially reduced. The putting together the descriptions of other items selected for the Catalogue part dedicated to graphic art and actually limited to graphic incunabulistics allows to state that the German functionary, representative of the office of the Special Delegate who decided which objects were to be selected for confiscation, and later elaborated, and who put together the notes in this section, in all of the activities was dependant on the earlier publications by Prof. Ameisen, a custodian at the Jagiellonian Library, of Jewish descent, at the time away from Kraków, staying in Łuck, thus on the territories occupied by the Soviets. As has been ascertained by the paper’s Author, the German functionary Werner Kudlich, administrator of the Regional Museum in Opawa, a PhD, was appointed a functionary in the Office of the Special Delegate while being enrolled in the SS Totenkopf-Standarte formed at the time in occupied Kraków. Not knowing the whole collection, he selected those objects that had been earlier elaborated, so they had already been noticed, their value confirmed, and what was more, a ready-made description was available. From the 27 objects selected for confiscation and described in the Sichergestellte Kunstwerke im Generalgouvernement, which were extremely rare or almost unique prints, only one incunabulum containing 14 coloured wood engravings, namely Passio Domini Jesu Christi secundum quattuor Evangelia [German], Augsburg: Johann Bämler, 1475, returned to the Jagiellonian Library after WW II. Others, the rest of the 27 objects, are still wartime loses.