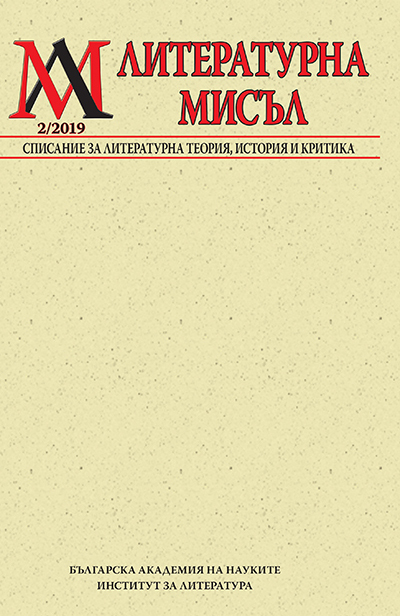 Summary/Abstract: Bogomilski legendi (Legends of the Bogomils) by Nikolai Rainov is a unique book that can be said to have Protean qualities insofar as each of its four editions, published in 1912, 1918, 1938 and 1989, presents a different version of the text. Because of this peculiarity readers’ responses to the book have tended to vary, and even commentaries by professional literary critics have often given the impression of being about totally different books rather than about different editions of the same text. Rainov edited Bogomilski legendi extensively. The book’s four editions differ in a number of significant ways but are best approached as a composite text. This article links the book’s Protean textuality to medieval manuscript culture in which a text existed in several different versions because it was copied by different scribes. The first edition of Bogomilski legendi contains intertextual references to the Bible and The Secret Book of the Bogomils. It also invokes a number of medieval apocrypha which were subsequently brought to the attention of the Bulgarian reading public by the literary historian Yordan Ivanov, who published his Bogomilski knigi i legendi (Books and Legends of the Bogomils) in 1925. The correspondences between the first edition of Rainov’s book and the apocrypha suggest that Bogomilski legendi may be read as a literary mystification. The article presents such a reading.