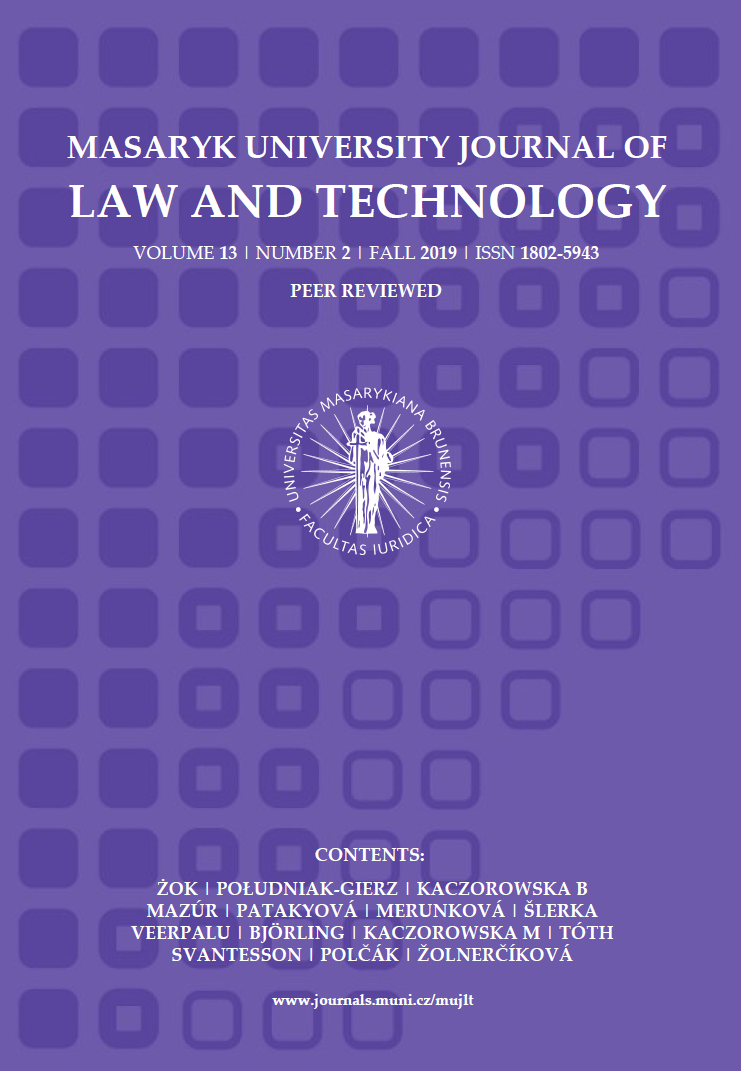 Summary/Abstract: The paper represents a contribution to the ongoing discussion on regulating social media platforms (SMP) and especially Facebook, mostly fueled by a recent series of scandals such as Cambridge Analytica, which highlighted the recognized problem of Facebook’s lack of accountability. In response to the scandal, which coincided with long-expected wide-scale implementation of the EU’s GDPR, Facebook introduced a series of measures on its platform, such as improved traceability of advertisers, or greater power over one’s own data. Besides, Facebook was put under scrutiny of competition law authorities, mainly the German Bundeskartellamt. Taking into consideration all the regulatory approaches, the question remains whether sufficiently effective design for holding the SMPs accountable has been established or not. In the paper, we first outline the accountability issues SMPs currently face, namely the data handling and privacy issue, the platforms’ impact on political processes, or related monopolistic positioning. We ascertain that common denominator of these issues is the platforms’ design, which is created to achieve business objectives, while imposing substantial negative externalities on the society. Alongside, we review the platforms’ reactions, i.e. the self-regulatory measures adopted by the platforms in 2017–2018. We also specifically focus on the evaluation of the competition law as one instrument of regulating certain aspects of the platforms, especially in light of the recent German Bundeskartellamt decision on Facebook. We claim that most of the measures and current instruments, although improving the lack of accountability, fall short of addressing the core issue of Facebook’s status – absence of scrutiny over the platform’s design.