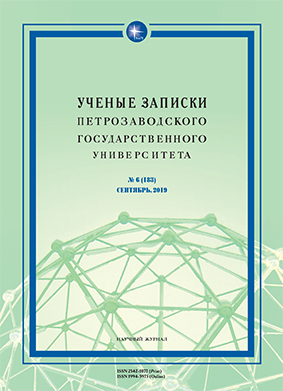 Summary/Abstract: The article deals with a poorly studied problem of the Old Believers’ impact on Peter the Great’s foundries and a settlement founded near them, known as Petrovskaya Slododa (the settlement founded by Peter the Great) in the first decades of the XVIII century. The goal of the research is to demonstrate that the Old Believers were a considerable part of Petrovskaya Slododa permanent residents even at that time. It is evidenced by the information about the history of the oldest Petrovskay Slododa cemeteries from historical sources and local historians’ testimonies of the late XIX century. The conclusion is that during the first decades of the Petrine foundries existence two cemeteries were arranged near Petrovskaya Sloboda – one for the followers of the official Russian Orthodox Church and one for the Old Believers. The Old Believers’ cemetery existed at the contemporary crossroads of Karl Marx Avenue, Kirova Streen and Kuibysheva Street. It was abandoned by the middle of the XVIII century. But the very fact of its existence says that during the first decades of Petrovskaya Sloboda existence many Old Believers lived there. This fact helps to understand why in 1723 Petrovskaya Sloboda became the place for a famous event in the history of Old Belief – a public debate between the Russian Orthodox Church Holy Synod representative Hieromonk Neofit and the Vyg Old Believers’ envoys Manuil Petrov and Ivan Matveev.