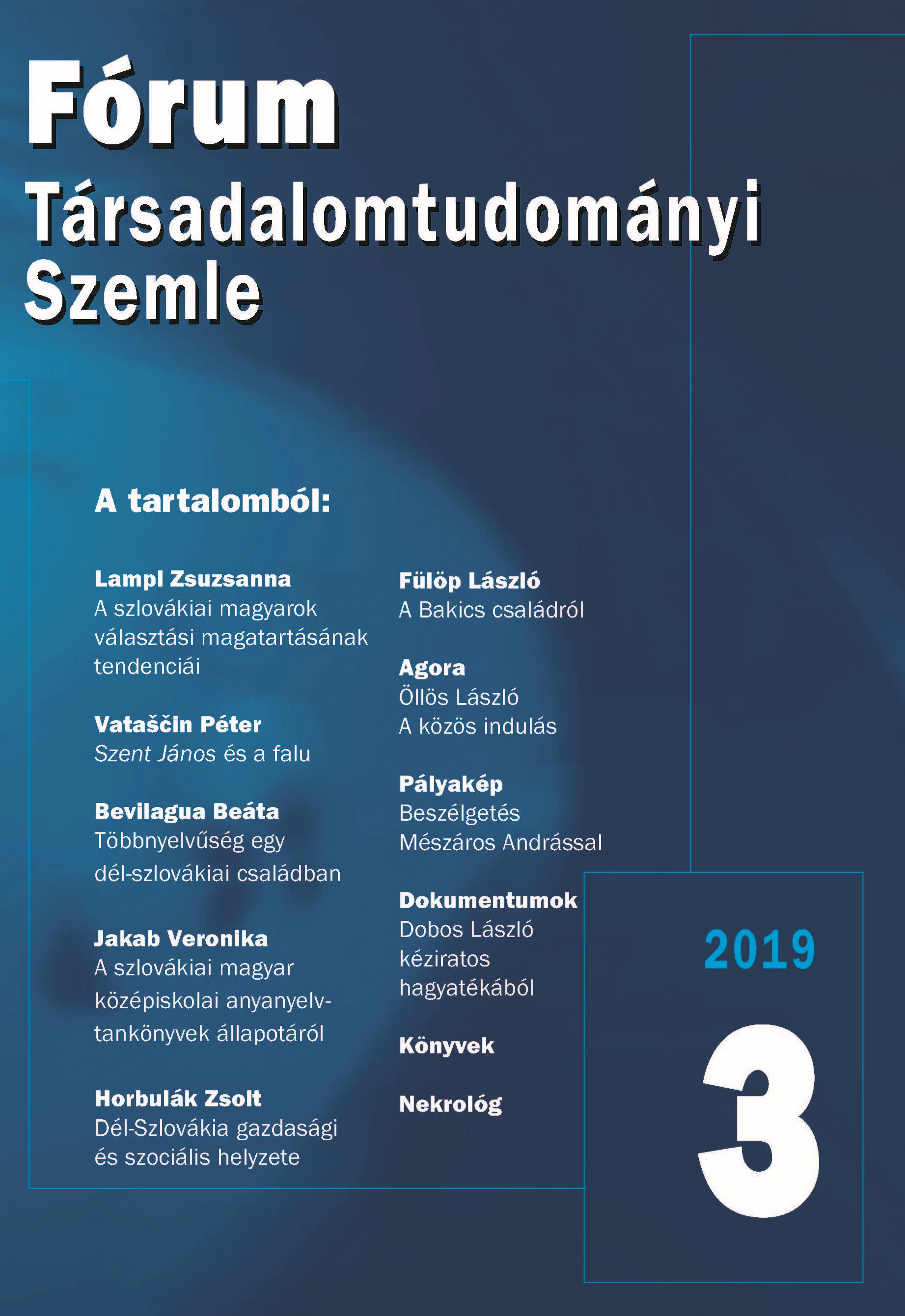 Summary/Abstract: This study deals with the evolution of the willingness of Hungarians in Slovakia to vote, with their voter preferences and their opinions on the present political representation of Hungarians in Slovakia. The basis for the study is provided by the sociological surveys of the Forum Minority Research Institute conducted since the turn of the millennium. The latest such survey was carried out in June 2019, in 149 municipalities of southern Slovakia. The representative sample was made up by 1,000 Hungarian adults, chosen according to their proportion in the examined districts and the type of municipality, their sex, age, and school education level. In the opinion of 88 percent, it is necessary that Hungarians in Slovakia have their own political representation, 67 percent think that the most suitable form of it is the only Hungarian party, and, in the opinion of 21 percent, the best way would be a representation by several Hungarian parties which collaborate. If the parliamentary elections would take place now, 67 percent would go to vote, and 59 percent would vote for the currently existing Hungarian parties. If the Hungarian parties would team up, 75 percent would go to vote and 69 percent would vote for this corporate Hungarian political subject.