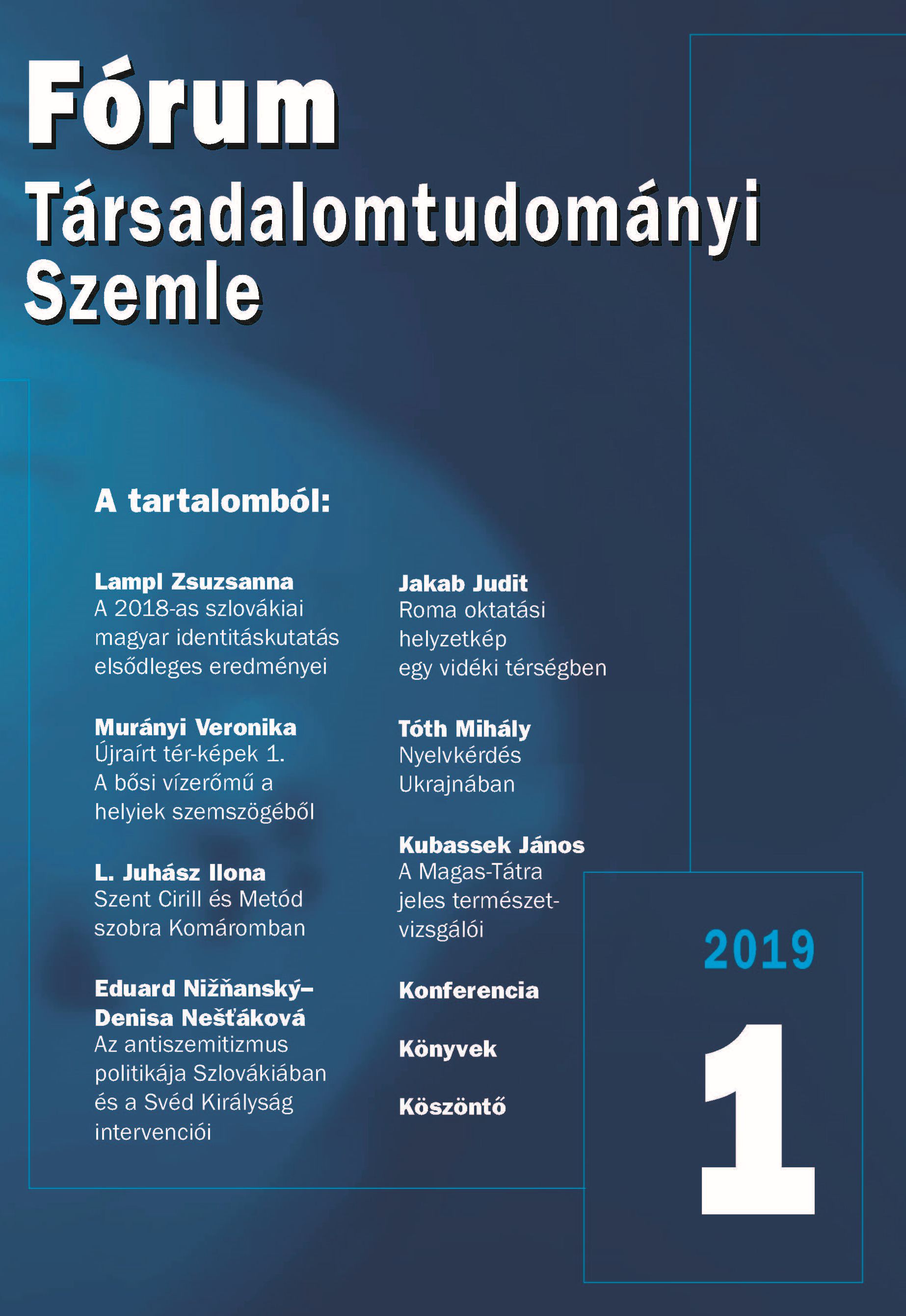 Summary/Abstract: The joint survey of the Forum Minority Research Institute (Šamorín, Slovakia) and the National Policy Research Institute (Budapest, Hungary) was carried out in the summer of 2018 in 16 districts and 120 municipalities of Southern Slovakia, including the cities of Bratislava and Košice. The sample was constituted of 800 Hungarian adults in Slovakia. The quota is representative from the point of view of the proportion of inhabitants belonging to the Hungarian ethnic minority and living in Southern Slovakia´s mixed districts; and of gender, age group, school graduation level, and the type of municipality they reside in. The subject of the survey was the state of national identity and its changes compared to earlier time periods. The primary results presented here concern the following aspects: quality of life, current attitude toward public issues, national value system, national identity, language arrangements, language regime, language use.