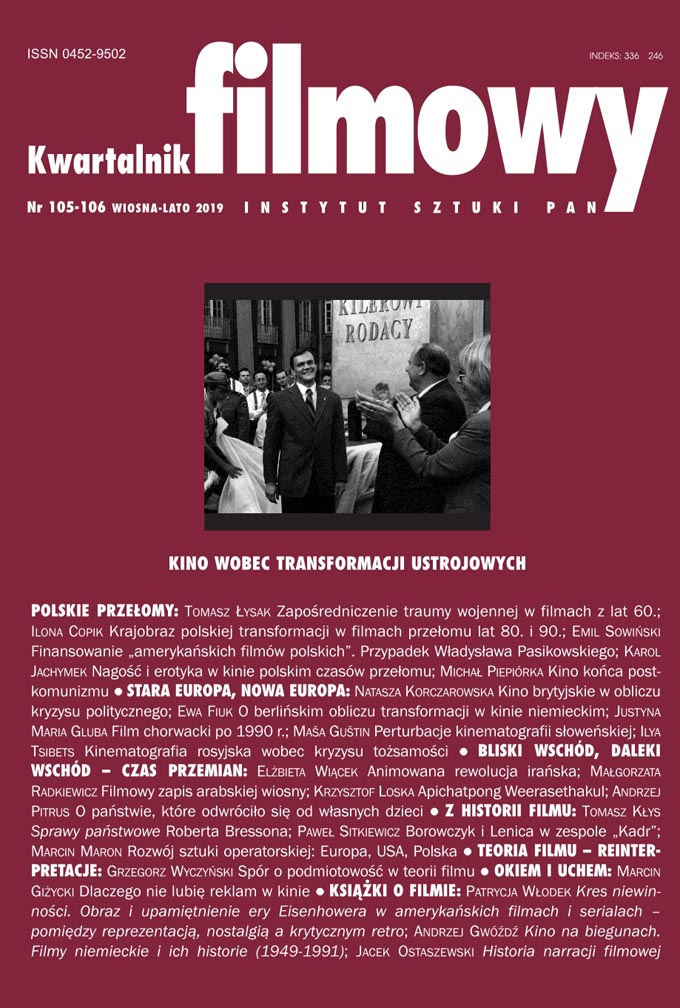 Summary/Abstract: Political crises provoke questions about the past and the identity founded on it. The uncertain tomorrow directs us towards a history in which we try to find confirmation of our stable (national) “we”. Who we are is growing out of nostalgia for the past – provided, however, that this past returns in the form of compensation narratives. Pierre Sorlin’s thesis that historical films provide knowledge only about the period in which they were made is confirmed by films made on the British isles following 2016. They are manifested in the interest of these moments of history, which proved to be significant for the fate of not only Britain, but also all of Europe. Strategies implemented by the cinema “after Brexit” remind us of ideological discussion from Margaret Thatcher era focused around “heritage cinema”. But do the international successes of the British “films about the past” („Dunkirk”, „Darkest Hour”, „Favorite”) allow us to look at Brexit as a “useful catastrophe” and recall the slogan of the Thatcher era „The British Are Coming” (or „Up your bum”)?