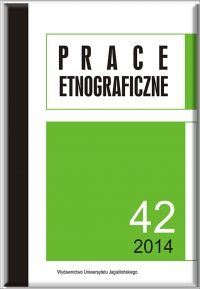 Summary/Abstract: The presented excerpt of the study is an outline of the problem of trauma of Ukrainians displaced as part of the Operation Vistula in 1947 and effect it had on the next generations (children and grandchildren). The stigmatization and repressive actions that affected this community both from the state apparatus and local communities have taken their toll and forced them to adopt a range of protective measures. One of them was assimilation, another mimicry. Ukrainians who wanted to preserve their own national, religious and cultural identity often chose the “way of success”. They dealt with sense of inferiority, sense of threat, injustice and regret with the need to achieve higher social positions and wealth that gave comfort in an uncertain times. Education, wealth, and social position were meant to help overcome fear, strengthen self-esteem and let them feel equal to Poles. In families who chose the silence strategy, the way to achieve safety was to forget.