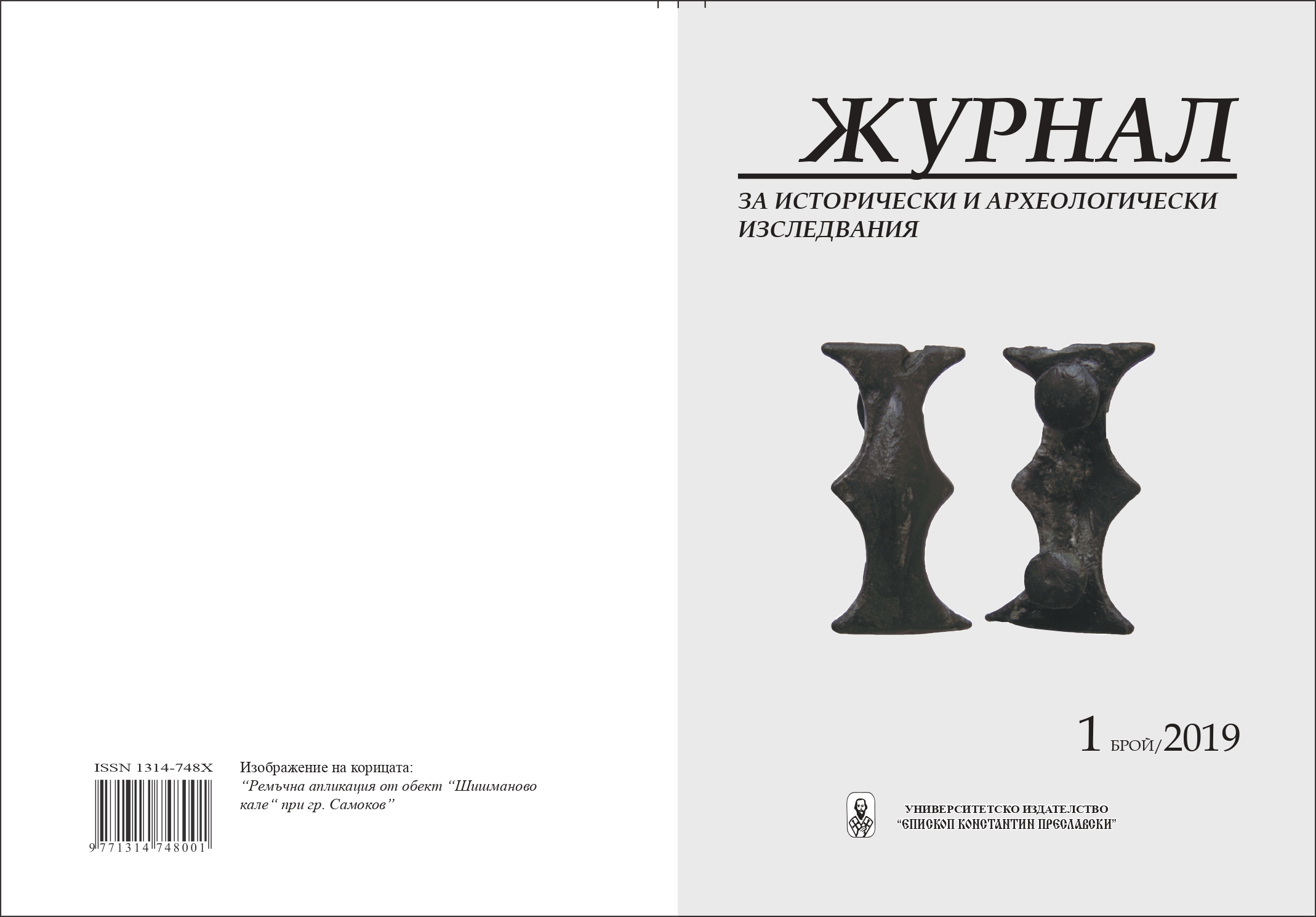 Summary/Abstract: The article presents a small collection of copper alloy fittings from roman military belts and horse harness, found in fortified hill named “Shishmanovo kale“, near present day city of Samokov. The collection consist belt plates, decorative strap mounts and bridle mounts.Identical, or closer to their shape fittings are well known and published from numerous roman military camps, fortresses and sites with certain presence or roman troops in first three centuries AD.These items indicates presence of regular roman troops inthe area of “Shishmanovo kale“ during second and third centuries AD. Some of the fittings are more common for infantry, but others are more typical for the equestrian troops. This could be suggests mixed character of the military group stationed here.The issue of identification of the military unit that had have here military base is difficult due to absence of any written evidence for this.Despite the lack of historical information, we might supposed, that detachments of cohors II Lucensium were stationed here. From one hand, this is the only known military unit with permanent base in the region after 198 AD. till end of III c. AD. From the other hand, cohors II Lucensium consists of infantry and equestrian detachments, and this could explain the presence of both types of fittings here.