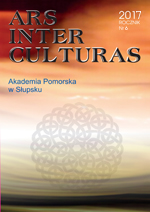 WSPÓŁISTNIENIE DIASPOR POLSKIEJ I UKRAIŃSKIEJ NA TERENIE MANDŻURII W LATACH 1898-1950. ZARYS PROBLEMU
THE COEXISTENCE OF POLISH AND UKRAINIAN DIASPORA IN MANCHURIA, 1898-1950. AN OUTLINE OF THE PROBLEM

Summary/Abstract: In the first half of the twentieth century, Manchuria occupied a special place in the Chinese scenery. More importantly, the land distinguished itself with a conflict-free mul- ticulturalism. Further, it was a territory lying immediately in the borderland between Slavic and Chinese spheres of influence with all ensuing consequences. Poles and Ukrain- ians constituted an important part of this cultural melting pot, involving a fusion of na- tionalities and ethnicities. Undoubtedly, Ukrainians as well as Poles in Northeastern China contributed greatly to the cultural enrichment of the inhabited area. Regrettably, the socio- cultural activities of numerous Polish and Ukrainian communities scattered across the region came to a sudden halt with the Soviet invasion of Manchuria in August 1945. There- fore, this text is devoted primarily to the study of Polish and Ukrainian settlement in Man- churia.