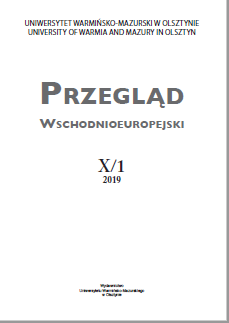 Summary/Abstract: The purpose of the work was to diagnose the scale of the phenomenon of labor migration of Poles to Great Britain. Data on population flows were used (emigration, immigration and migration balance) in 2004–2014. An attempt was also made to diagnose migration changes caused by the Brexit referendum. For this purpose, data were used in the years 2014–2016. The secondary data from Eurostat, the Macroeconomic Data Bank and Demographic Year 2017 (CSO) were used to analyze and assess the phenomenon of migration in the analyzed periods. The majority of migrant workers came to the British Isles in 2006. In the following years, interest in going abroad for long-term was not so great. There were definitely more Polish residents who decided to go for a short-term than for long-term. Another such a big interest in going for longterm to Great Britain took place in 2013. This tendency did not last too long. The referendum did not have a big impact on the short-term migration. However, it reduced the willingness to go away for long-term.