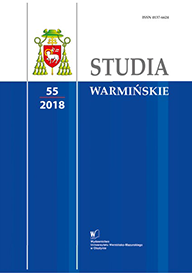 Summary/Abstract: In the article, the authors present the unknown facts of the life and political activity of Сount Casimir Maria Sheptytsky. He is known as the Blessed Catholic Church and Righteous Among the Nations of the World. Researchers analyze his participation in lobbying the interests of Galicia, which he represented in the Austrian Parliament in 1900–1907, elected from the Przemysl land to the House of Lords. Also, he belonged to the Polish faction in the parliament. Due to analysis protocols of the parliamentary session and the press of that time it managed partially to reconstruct the portrait of politician who was called “the largest lobbyist of Galicia in Vienna” in the early 20th century.