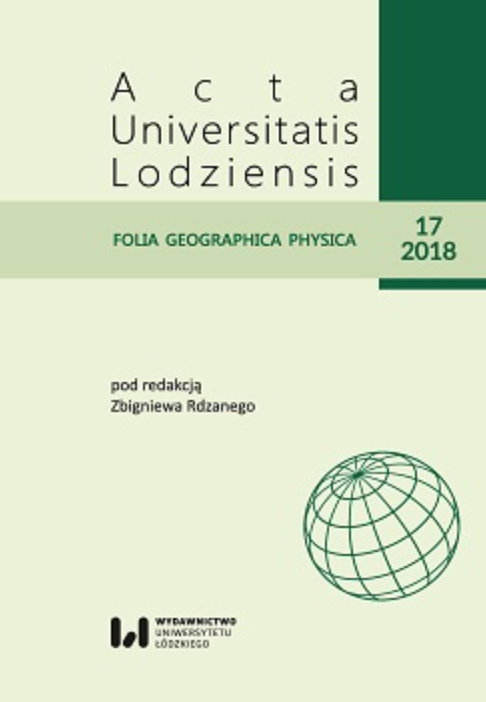 Summary/Abstract: This paper presents the results of an investigation of the variability in macro-circulation forms at the mid-tropospheric level distinguished in the Vangengeim-Girs (V-G) classification. The annual frequencies of circulation forms in the years 1891–2010 proved significant fluctuations, which provided the basis for distinguishing 7 circulation epochs. The epochs illustrate secular changes in the character of dominant forms – zonal circulation (W) prevailed at the turn of the 20th century; meridional forms E and C developed next, and zonal circulation began to dominate again after 1990.