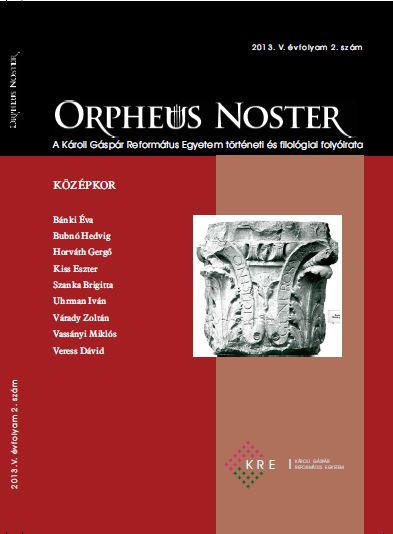 Summary/Abstract: The date of the lower part of the Holy Crown of Hungary (the so-called Corona Graeca) was settled on the bases of the enamel portrait of Michael Dukas VII, Emperor of Byzantium for a long time. So the neighbouring enamel portrait (according to its inscription ‘Geōbitzas, the firm/faithful King of Turkia’) was identified as Gēza I, King of Hungary, the contemporary of Michael VII. But nowadays it is clear that the portrait of Michael was fixed on forcibly afterwards. So the identity of Geōbitzas can be called in question, too. In the secondary literature of the last two decades there were two concepts about him. The first hypothesis was that of László Holler, according to which Geōbitzas and Gēza are different personal names that cannot refer to the same person, Turkia cannot be identified with Hungary, either, and the Greek noun ‘kralēs’ means only a ‘Marquis’ of Byzantium instead of a king. The second one was mine, proposing the identification of Geōbitzas with the ‘elder’ Prince Gēza, the father of King St. Stephen, instead of King Gēza I . In this paper I try to refute Holler’s arguments and prove mine.