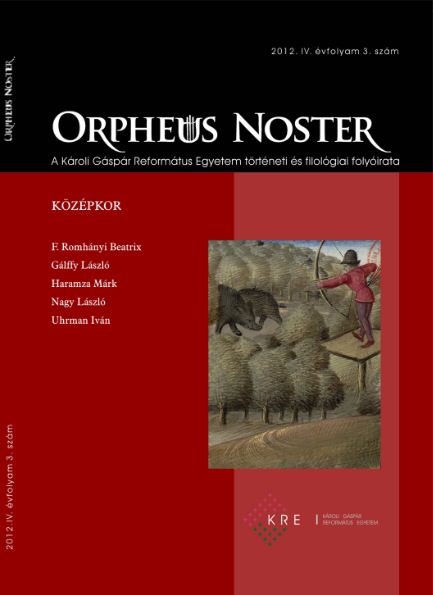 Summary/Abstract: Prince Emery the Saint (the only son of King Stephen the Saint of Hungary who lived to see his adult age) had a wife born of a royal dynasty, but he lived a married life with her only „as the angels do” as his Legend says. This statement seems to be too fantastic for the modern, critical researchers, so mostly they interpret this story as an ideological construction. But who could be the spouse in this formal marriage? We have only one source about her from Hungary, and it claims her to be a daughter of a Greek Emperor. But no daughter of any Greek Emperors in the time of Prince Emery the Saint could be identified with this wife. This paper comes to the conclusion after a new investigation of the sources, that Prince Emery the Saint had no wife, but only a fiancée, furthermore she was only three and a half years old, and the daughter of not a Greek, but a German-Roman Emperor.