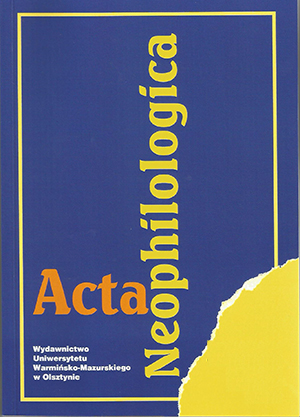 Summary/Abstract: Morality pieces belong to the mainstream of baroque poetry. This genre was frequently and aptly exploited by Symeon of Polotsk. In one of his works he turned his verse into a shrewd satire dressed up as birthday wishes to a mysterious clergyman. The monk, Amfinogen Kryżanowski was a real figure and, according to scarce historical sources, he made himself known mostly owing to the wicked ways in which he conducted himself. Symeon of Polotsk directed the sword of his satire at him, incensed by the fact that Kryżanowski smeared Peter Mogila, Symeon’s beloved tutor and mentor at the Kiev Academy. In this paper, the author dissects the poem, traces the fortunes of the infamous monk and concludes that Symeon took an active interest in both the social and political upheavals of his time.