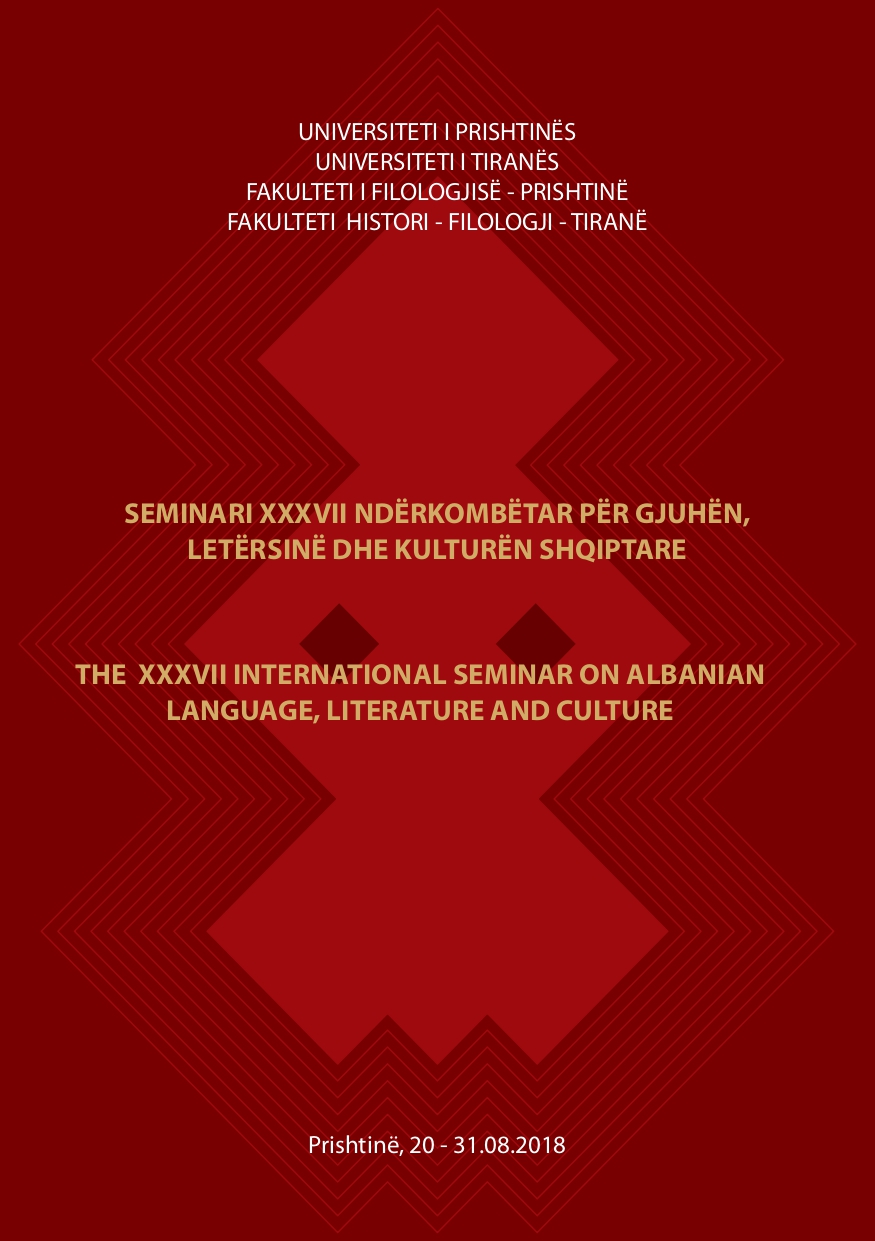 Summary/Abstract: The Greek-Arvanitika-Albanian Dictionary of Panajot Kupitori was composed around 1870-1880 and it was published in Athens, in 2006, by the researcher Titos Jochalas. In a previous study (Qirjazi 2013) we had pointed out the great lexical wealth of the Albanian which remains hidden in the interpretive part of the lemmas in the Kupitori’s dictionary and also, we had mentioned some aspects on the temporal stratification (the ‘fjalë plaka’/old words and the ‘fjalë nuse’/neologisms) and its’ spatial expansion (words from the Arvanitika dialect of Hidra and some other Albanian dialects). The composition of its’ reverse Albanian-Avanitika-Greek form is a part of a project for the preparation of a dictionary of the Arvanitika dialects in Greece and it began as a master thesis of the postgraduate student E. Bilali under the guidance of As. Prof. Dh. Q. Qirjazi. With this paper we will share our experience so far on the subject and we will describe some of our criteria and the directions we will follow in the future on this project.