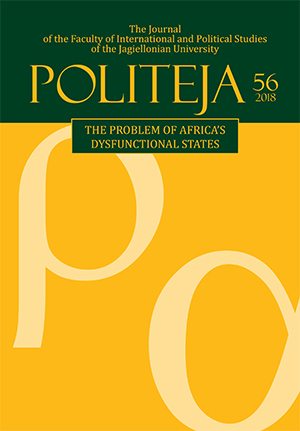 Summary/Abstract: Among African countries Angola stands out as a particularly interesting case where robust economic growth has occurred despite the country having a relatively long list of characteristics of a failed state. This has prompted some scholars to call it “a successful failed state” or “weak but strong”. In 2002 Angola emerged from the devastating 25-year long civil war and since then has recorded a burgeoning growth, which only recently came to a halt due to the oil prices collapse. At the same time, Angola is famous for its corruption, lack of transparency and state capture by local elites. This article seeks to provide a critical discussion about the Angolan state, with a special reference to its capacity to provide public goods and finance them. It probes the notion that Angola can be labelled a successful failed state and argues that a perception of the relative success holds only in the time of favourable external conditions and only when major structural and institutional shortcomings of the Angolan economy are ignored.