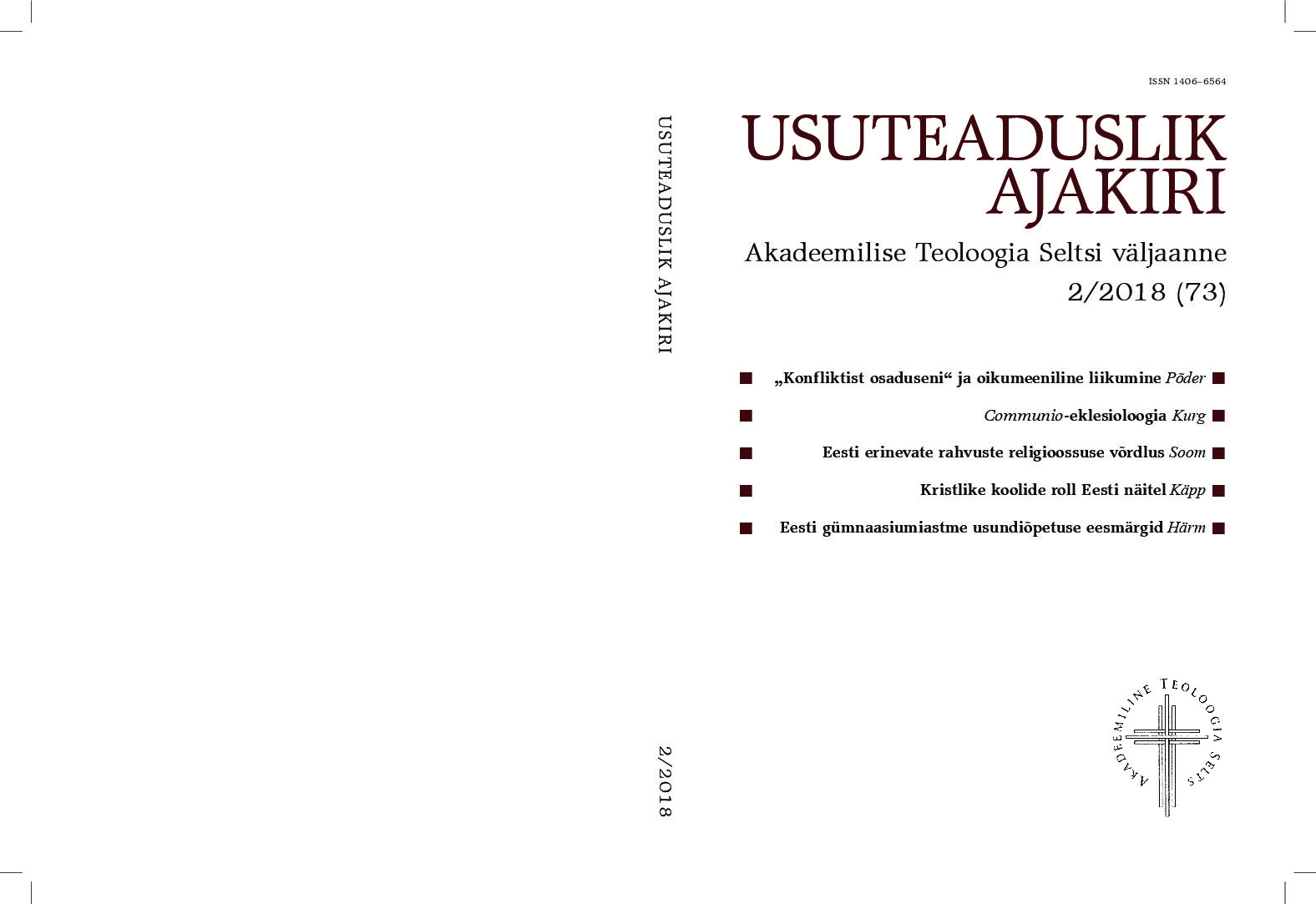 Summary/Abstract: In 2017 the conference “From Conflict to Communion” was jointly organised by the Roman Catholic Church in Estonia and the Estonian Evangelical Lutheran Church. The conference was inspired by a study report of the international Lutheran and Catholic joint commission. The document “From Conflict to Communion” (= CC; 2013), today available in 15 languages, contributed significantly to the celebration of the 500th anniversary of Reformation in ecumenical spirit. The article is divided into three parts. It starts with a descriptive part, providing a brief overview of the document. The second part is analytical, offering a critical reflection on the assumptions, method and purpose of CC and commenting on some of the emphases of the document. The third part includes a constructive reflection on the significance of CC for the Catholic Lutheran relations in particular, as well as on its significance in a wider ecumenical context. CC proposes for study and critical discussion a jointly told story about the events of the 16th century Reformation, a joint view on the theology of Martin Luther, a jointly given summary and evaluation of the dialogue between Lutherans and Catholics, of its results, current state and perspectives. The article claims that it is also important to read the document as a response to the questions such as how to understand an ecumenical dialogue and the ecumenical movement and why and how to take part of it. CC contains disenchanting and inspiring ideas for the communication between all churches and Christians. CC is thought-provoking vis-a-vis partners who have not explicitly condemned each other on doctrinal grounds but whose conflict and mutual non-recognition have been or are manifest in more or less concealed ignoring of each other. CC contributes to understanding the crucial importance of ecumenical conversations and theological research.