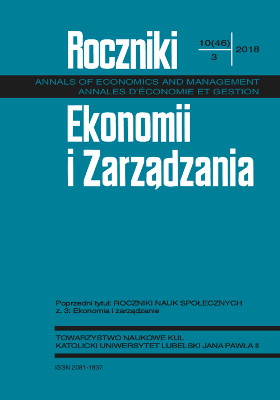 Summary/Abstract: The aim of the article is to analyze the position of Polish companies in the European Union and to assess the impact of innovation on economic development. The position of Polish companies in the European Union was presented and it was stated that support should be given to the Polish small and medium enterprises sector with funds from the Strategy for Sustainable Development (large enterprises are on higher position than the SME sector). Next, we analyzed the innovation rankings of Poland, which is the most innovative country in the CEE region. However, to catch up with the leaders of the European Union, a number of actions have to be taken, for example increased transfer of innovative solutions from academic centers. The latest issue concerns the innovativeness of enterprises in Poland and the following considerations have led to the conclusion that Polish companies are increasingly involved in the work of the R&D sector, as is the case with developed economies. Presented conclusions and directions of action on the role of the Polish economy in the European Union in terms of innovativeness. It was noted that large companies are implementing these technologies, but not to the extent of their scale.