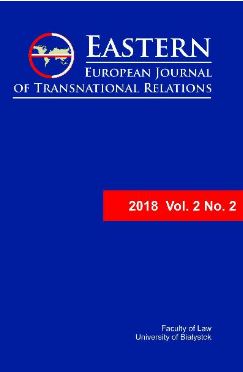 Summary/Abstract: The long-brewing Civil War in Syria that catastrophically erupted to engender the mass movement of refugees in 2015, created a long trail of migrants from Turkey to Greece and then on to Germany, which afterward, involved new routes of flow through Northern Russia to Sweden as well. The EU faces a clashing situation in which its legal duties and the human rights values it incarnates call for openness and tolerance on the one hand, while European citizens insist on greater migration precincts and anti-migration feelings on the other. The lasting armed conflicts in the Middle East but particularly in Syria, which caused migrants and refugees to head North en masse, brought radical changes to the minds of Europeans regarding the meaning of “migration”. Nowadays, compared to previous years as in the 1990s, the term “migration” now translates to terrorism, chaos, cultural-counter revolution and Islamophobia, rather than economic development, remittances, exchange of ideas, and diversity in Europe.