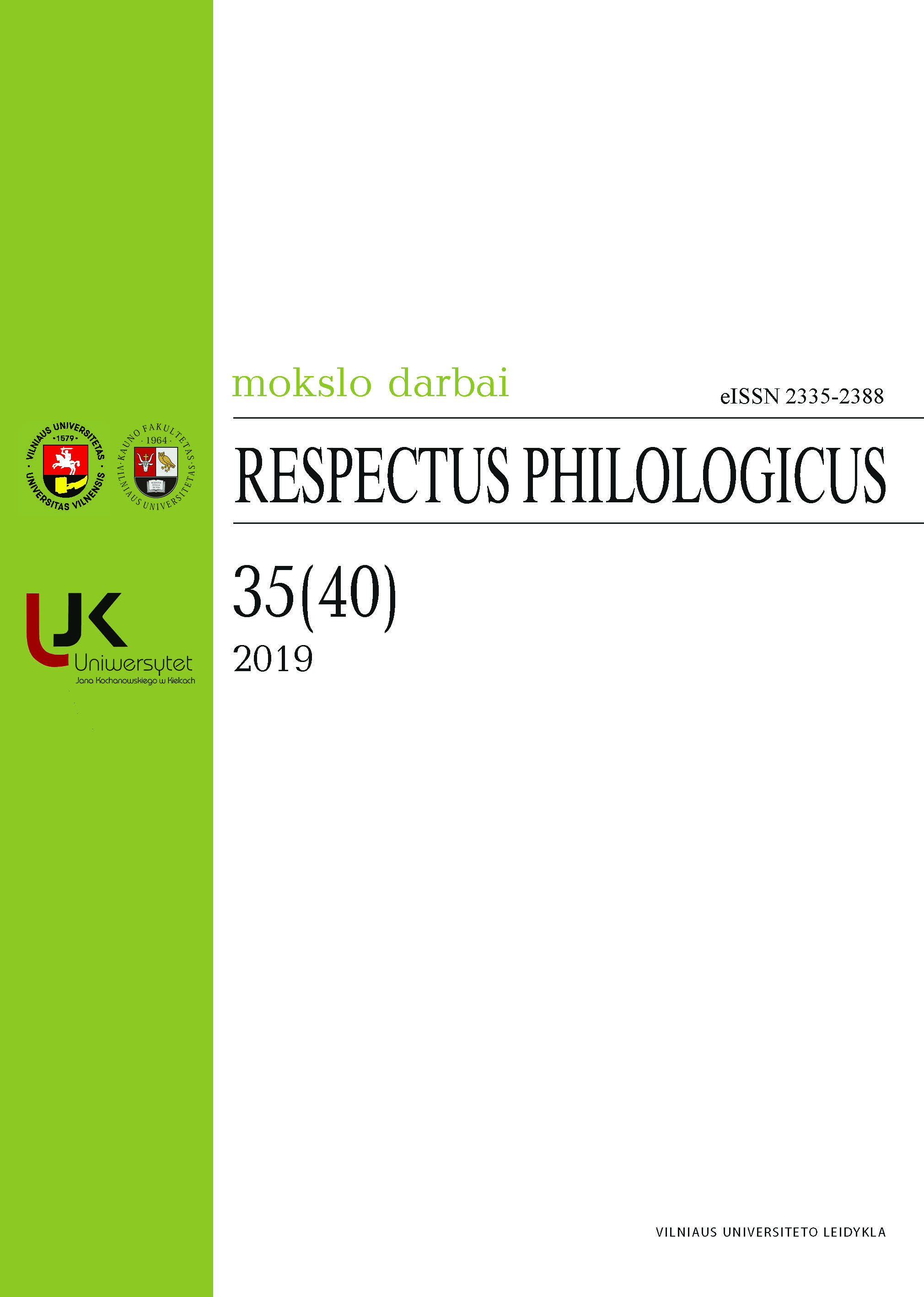 Summary/Abstract: Algirdas Landsbergis (1924–2004) was one of the few critics whose erudition, creative intentions, comparative education, language proficiency and international competence and activities, provided opportunities to transcend the boundaries of the Lithuanian literature, avoiding the “provinciality” of literature. The article analyses the critique of Landsbergis literature and theatre-related to Polish culture. The chosen research of this part of the criticism texts is innovative because it has not been studied in more detail. The critic’s mission – to evaluate the Polish and Lithuanian literature in the context of Central-Eastern Europe – is highlighted in the criticism articles, reviews and annotations published in 1969–1998. The analysis of criticism texts allowed to highlight the dialogue between Lithuanian and Polish literature and cultures. In criticism relating to Polish culture, here viewed the latest works by Polish-speaking writers, mostly their translations, in order to evaluate the aesthetic value, structure, style of the work, to describe the writer’s growth, the place of his work in the context of peer-reviewed author’s creative works or in Polish literature (the basis of comparison is the Lithuanian literature or literature of other Middle East European countries). In this way, the critic performed an educational mission – introducing the addressee (a Lithuanian emigrant and Lithuanian behind the Iron Curtain) to the situation of the Middle East European region or the world culture, and literature; encouraged to resist the Soviet regime.