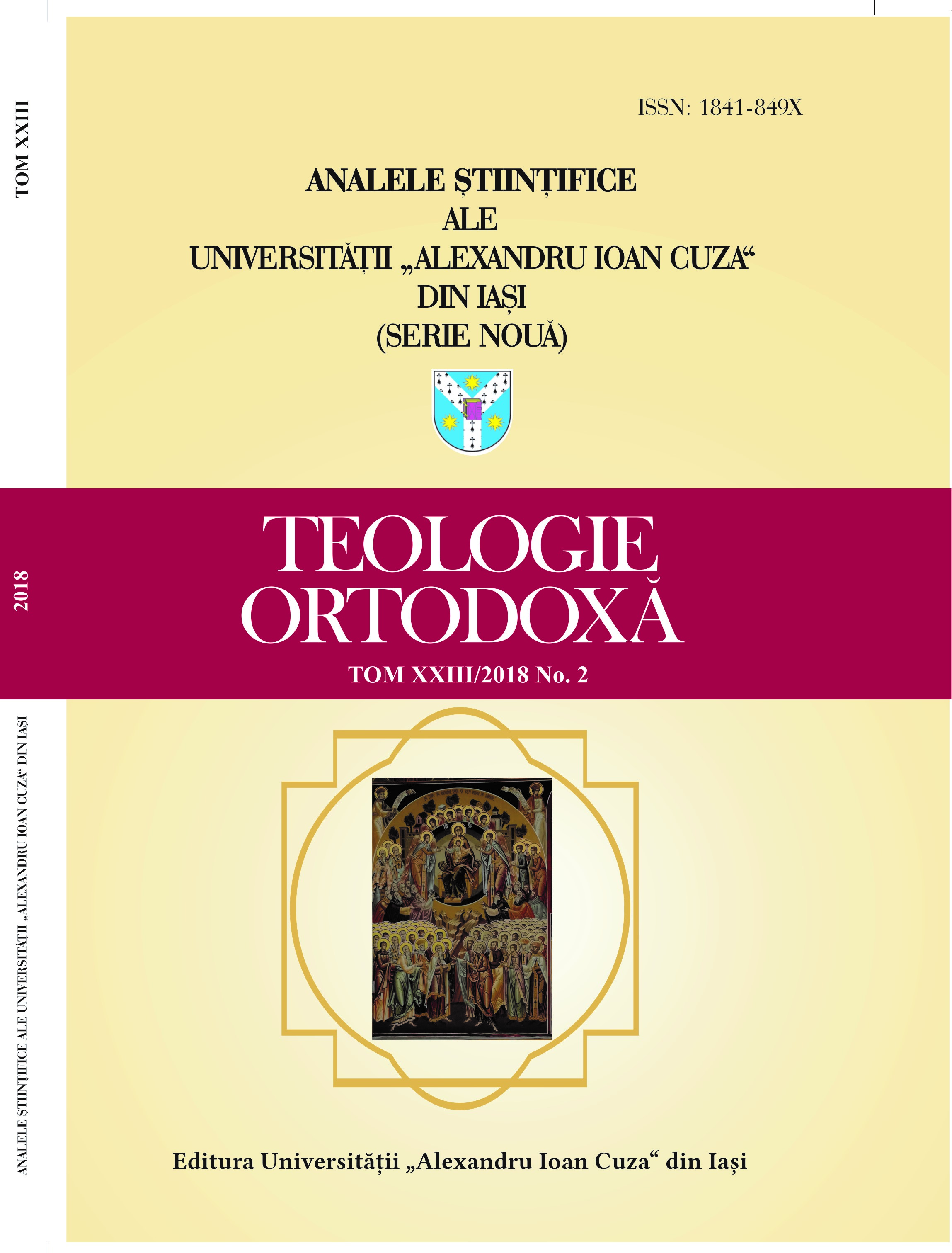 Summary/Abstract: When we approach an issue that has as main subject the concept of Redemption or the restoration of human nature, we must start from the premise that the Orthodox Church, as a faithful interpret of the Holy Scripture, along the lines of the primary Christian and patristic tradition, highlights and analyzes this concept in its depth.The Holy Scripture emphasizes the concept of Redemption or restoration of human nature, stating that God gave His Son to death for the salvation of the world, because “For God so loved the world that He gave His one and only Son, that whoever believes in Him shall not perish but have eternal life”(John 3:16). It is not an abstract justice nor the need to excuse for an offense to the divine majesty, but only the divine love is the driving force of the willing sacrifice brought by the Son of God on the Cross for the salvation of the world.The Incantation of the Savior, as a beginning of Redemption, defines and determines the whole work of the redemption of the human being, as well as what follows. Incarnation is not only the beginning of the saving act of our Redemption, but the entire history of the salvation of human race and even the whole economy of the Son of God, are based on its redeeming content.