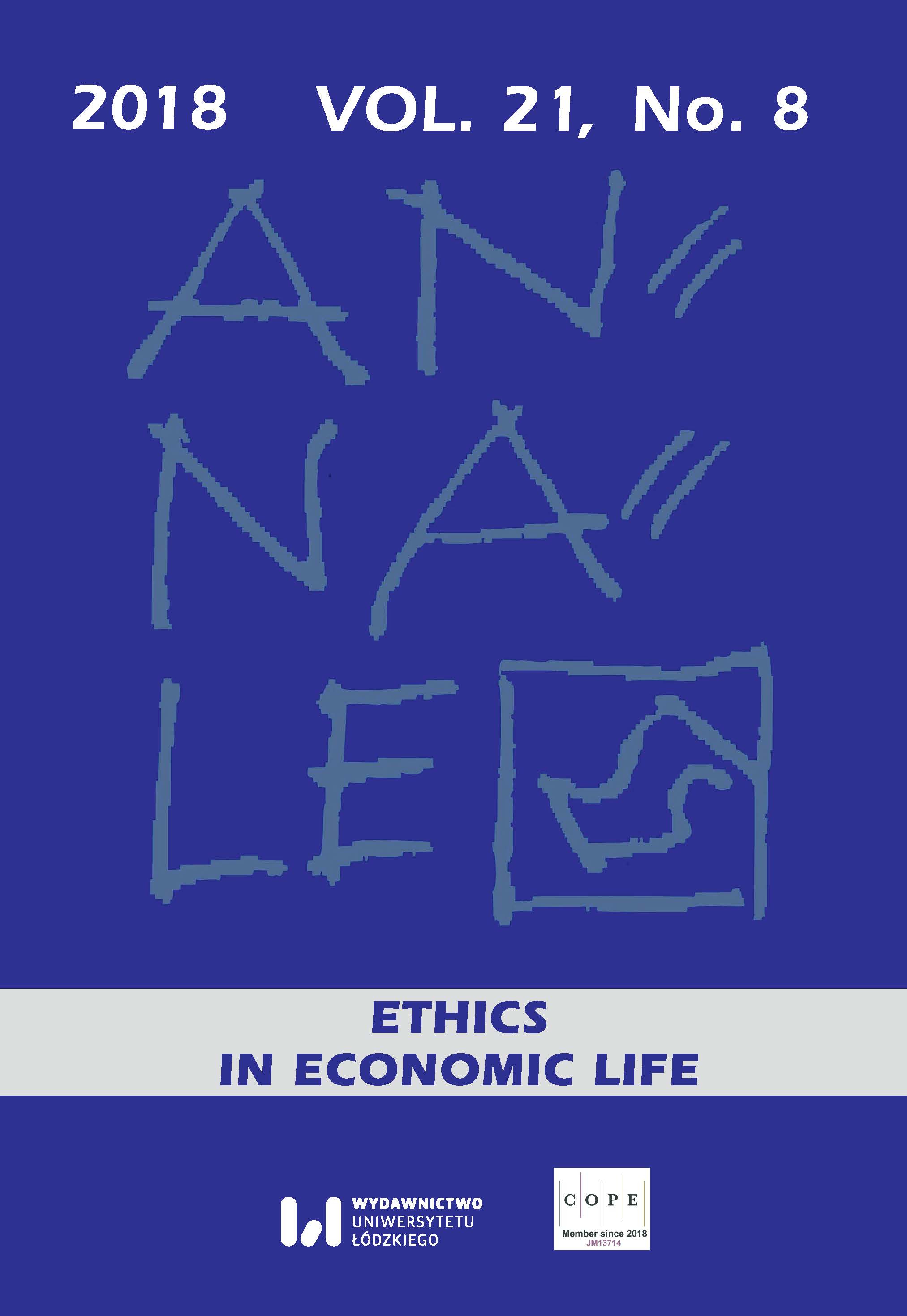 Summary/Abstract: Inequality of income is one of the significant factors forming social capital. Two views dominate among economists dealing with the influence of income inequality on economic growth. On the one hand, a too low level of income inequality does not motivate people to increase their labour productivity. Low inequality of income might result from an extended social care system and a GDP burdened with social transfers. A good example may be a situation when an unemployed person refuses to accept a job offer and prefers unemployment benefits to a slightly higher salary. Moreover, a lack of incentives for an employee who fails to acknowledge the economic sense of increasing the productivity of his or her work might lead to a slower growth of the economy.On the other hand, a contrary view suggests that an increase in inequality of income has a negative impact on the economy. The accumulation of wealth by a small number of citizens raises doubts about the good use of that wealth for the investments necessary for the growth of the economy. Excessive inequality of income is confronted with the disapproval of a significant part of society and is regarded as unfair and unjustified. It may also increase the crime rate, decrease trust and, more generally, lead to the weakening of social capital.The arguments presented above lead to the hypothesis that the influence of income inequality on the growth of the economy has a non-linear, parabolic character.We have confirmed this hypothesis in growth models of the US and Swedish economies. We assess the historically optimal inequality of income measured by the Gini coefficient at 46% and 24% for the US and Sweden, respectively. The optimal inequality of income for Poland was assessed previously at 29%. The dissimilarities may result from differences in culture, society, educational level and diligence.