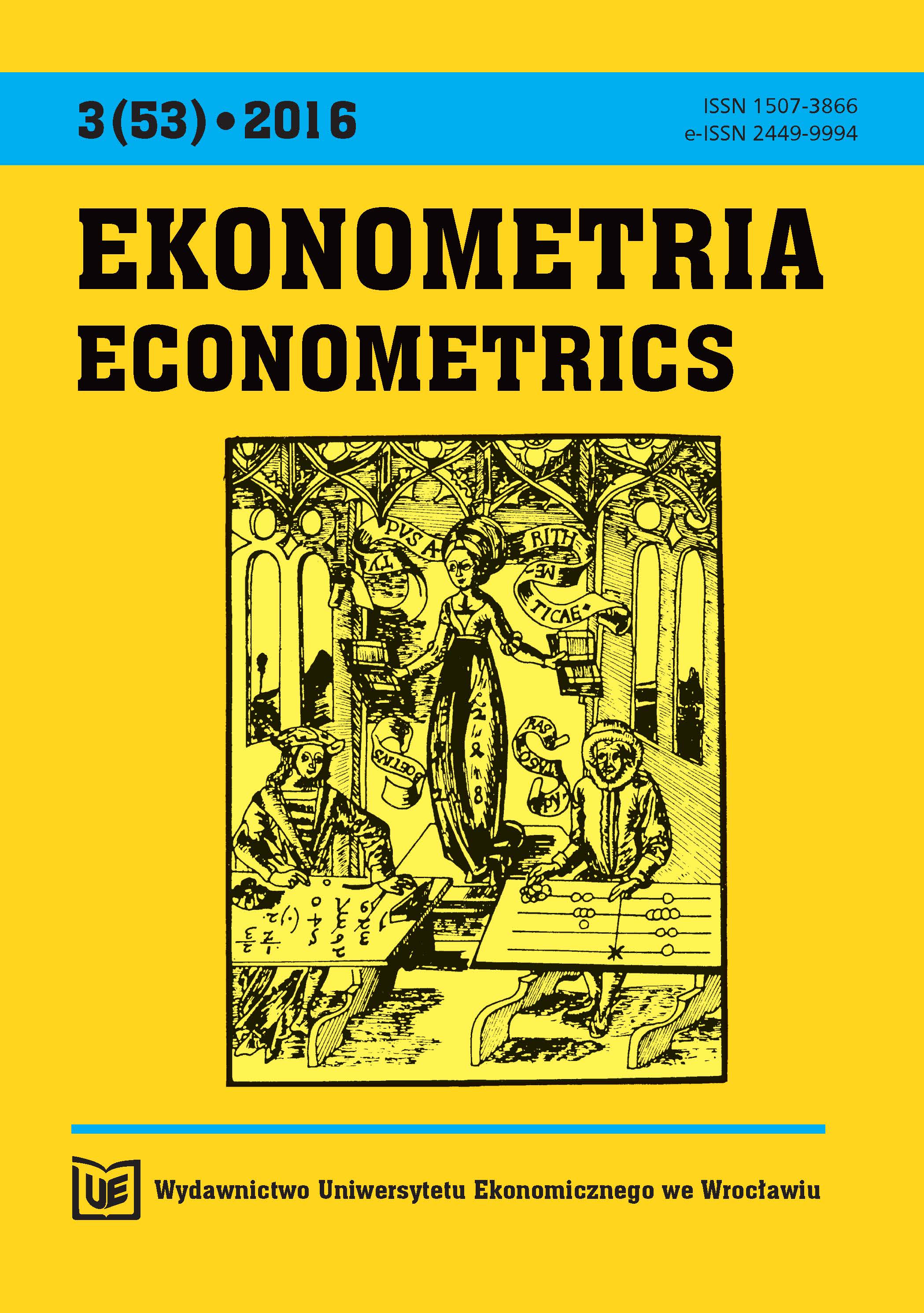 Summary/Abstract: The goal of the paper was to verify the stability of Taylor rule parameters. The empirical analysis was performed for Poland; using 1996-2016 monthly data. More specifically, we verify two hyphotheses: (1) the behaviour of interest rate can be described using Taylor rule; (2) the Taylor rule with parameters subject to Markov switching performs better than the one with constant parameters. We take a system approach, where a Taylor rule is a part of small scale DSGE model. The bayesian inference is used to estimate the model and compare the specifications. The results indicate that models with switching parameters are better in terms of marginal data density. The best model is based on forward looking Taylor rule, where the parameters expressing the magnitude of the reaction to inflation and output gap were subject to Markov switching, while interest rate smoothing was constant. The identified regime switching can be interpreted as not responsing for inflation below the tar-get (opportunistic disinflation declared for 2001-2002 by Polish monetary authorities) or not responding to inflation driven mostly by EU accression (2004-2005) or increased VAT (2004-2005, 2011).