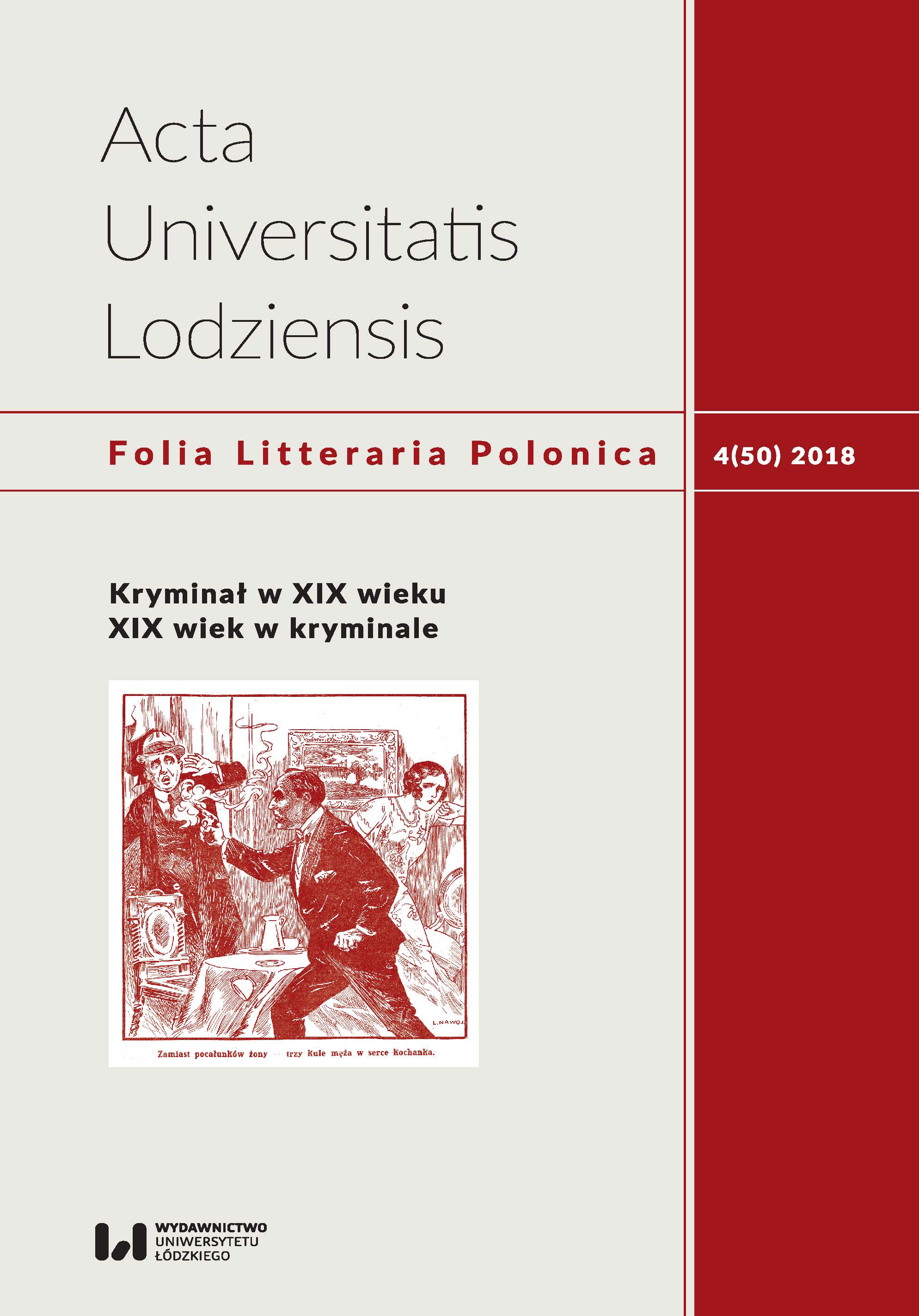 Summary/Abstract: The article considers writing strategies that reconstruct the past and are present in latest Polish crime novels. Among functions catered by crime novels whose storylines are set in 19th century play various functions such as: – Actions oriented to the readjustment of the romantic paradigm, which datesback to the 19th century and is an important reference point for contemporary times; – treating the 19th century as a pretext for pondering over contemporary times; – considering the limits of the (re)construction of the vision of the past. In those texts, authors’ attitude towards the past, positive or critical, affecting the valuation of the past’s image presented. Sometimes, especially while reading “axiologically dubious” texts, we must not forget that the difference between the world seen by the author and the reader creates a tension which becomes the basis for a particular literary game.