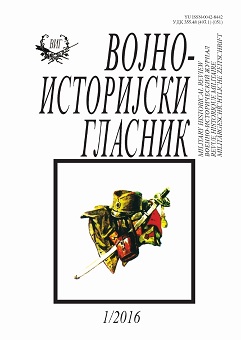 Summary/Abstract: Documents in Russian and Serbian archives have permitted the reconstruction of the Soviet plan to create an alternative Communist Party of Yugoslavia in the USSR and Soviet bloc countries with the possible subsequent change of the ruling regimes during the years 1948-1952 in Yugoslavia. Yugoslav political emigres R. Gоlubović and P. Popivodа were given this task by the Soviet leadership. Particular attention was paid to the preparation of antiYugoslav propaganda in pamphlets and newspapers published in the languages of the Yugoslavian people in the Soviet bloc; as well as organizations broadcasting information to Yugoslavia. Efforts to Yugoslav political emigres to effect regime change in Belgrade failed, due to Tito’s success in unifying the Yugoslav Communist Party. From the plan’s offset, the Yugoslav leadership in Belgrade was abandoned after the death of Joseph Stalin. Creation of the Coordination Center of the Yugoslav political emigration in Moscow was one of the tools to combat the Soviet leadership with the "revisionist regime of TitoRanković," which according to the Resolution of Information Bureau (Informbureau) had to be replaced by Communists loyal to the ideas of internationalism and the USSR. However, it can be argued that Stalin's draft, despite the considerable efforts of the Kremlin, including financial aid, was not implemented. Yugoslav political emigres were not able to achieve the creation of an alternative party outside the Communist Party of Yugoslavia, and created artificially by functionaries of the Central Committee of the CPSU. The Coordination Center failed to turn into an effective union of likeminded people. Stalin's death and the beginning of the normalization in relations showed that the Kremlin's plans could be implemented only during the period of his despotic rule. Meanwhile, fears of the Yugoslav leadership regarding the possible interaction of Yugoslav political emigrants remaining in the Soviet Union and a number of Eastern European countries with Soviet political structures and intelligence agencies continued in the following decades.