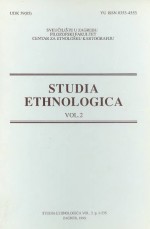 Summary/Abstract: African traditional religions determine the identity of particular peoples and play a very important role in their life. The theoretical dimension of each religion reflected in the system of beliefs (doctrine) is supplemented by the religious rituals that facilitate communication between man and a sacred transcendental reality. Everywhere, human beings have a fundamental need to dramatize or celebrate their experiences or expectations through symbolic actions, that is rituals. Through symbolic words, gestures and actions traditions, norms and values controlling the human behavior (the social and moral order) are transferred and emotional desires, feelings and sentiments are expressed. This what is religion for culture is ritual for religion.