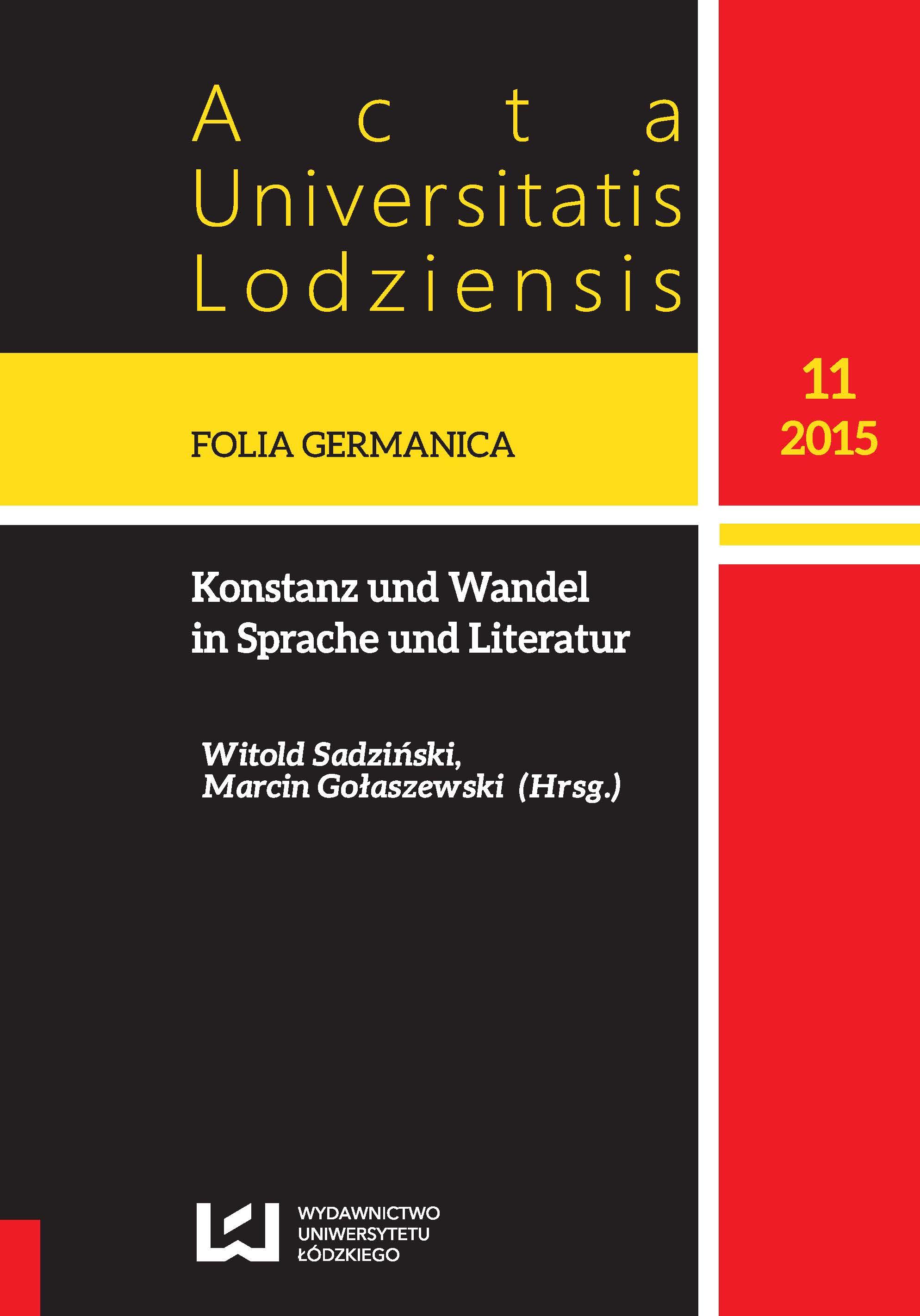 Summary/Abstract: The novel Mephisto is one of the most well-known texts by Klaus Mann. Its fame results not only from its literary virtuosity, but also and primarily from the enormous media attention which was caused by the novel’s publication. The decision of the Federal Constitutional Court, in which it dealt with the relationship between freedom of art and other constitutionally guaranteed rights of individuals, launched the unprecedented career of this novel. This article describes Klaus Mann’s political views and their development in the 1920s during the time when the National Socialist movement was strengthening and the writer made the decision to emigrate. The essay deals with the circumstances of creating the novel considering both biographical and political issues. The novelist is described from the perspective of the reality of the 1930s during the National Socialist regime and the time after his emigration. The concern of the article is not a literary analysis of the novel, but to take a look at the novelist’s development up until the moment of finishing his work as a protest against National Socialism. Another goal of the essay is to analyze the decision of the Federal Constitutional Court, which regards the balance between freedom of art and other basic rights. Considering the synergy of both methodological approaches and the interdisciplinary view on the problem, the article represents a novel attempt to give a complex view on the relationship between art (literature) and the reality of a totalitarian state and between the relationship art–state in the conditions of a democratic state.