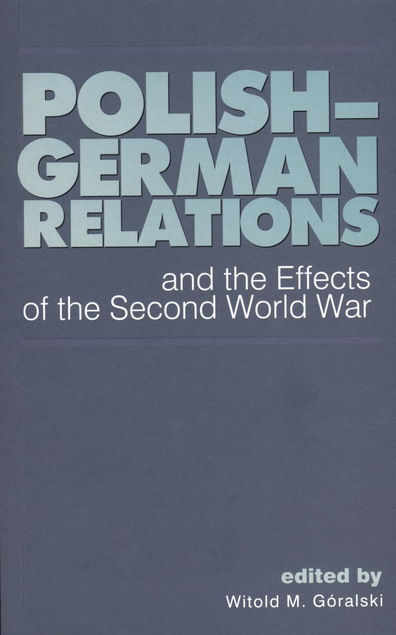 Summary/Abstract: The manner in which war reparations were to be obtained from defeated Germany was set forth by the Big Three during the Yalta and Potsdam conferences. The Yalta conference designated the total sum of reparations at 20 billion USD, while during the Potsdam conference it was decided to divide the reparations pool according to territorial criteria - the Allied States were to satisfy their reparation claims from assets located in specific occupation zones of Germany. A division was also made of the revindication of reparation claims in relation to shares in enterprises and to German assets located in other States, including in neutral ones. In keeping with the provisions contained in point 2, part IV, of the Potsdam Agreement of 2 August 1945, the USSR bound itself to satisfy Poland's reparation claims from its own portion of the reparations assets, located in the Soviet occupation zone and on the territories of Bulgaria, Finland, Hungary, Romania, and eastern Austria. The claims of Great Britain, the United States, and other States entitled to receive reparations were to be satisfied from German assets located in the western occupation zones and from German foreign assets located in all other States. In addition, the USSR was awarded a percentage share of the industrial equipment located in the western occupation zones: 15% in exchange for supplies of food and raw materials, and 10% without compensation.