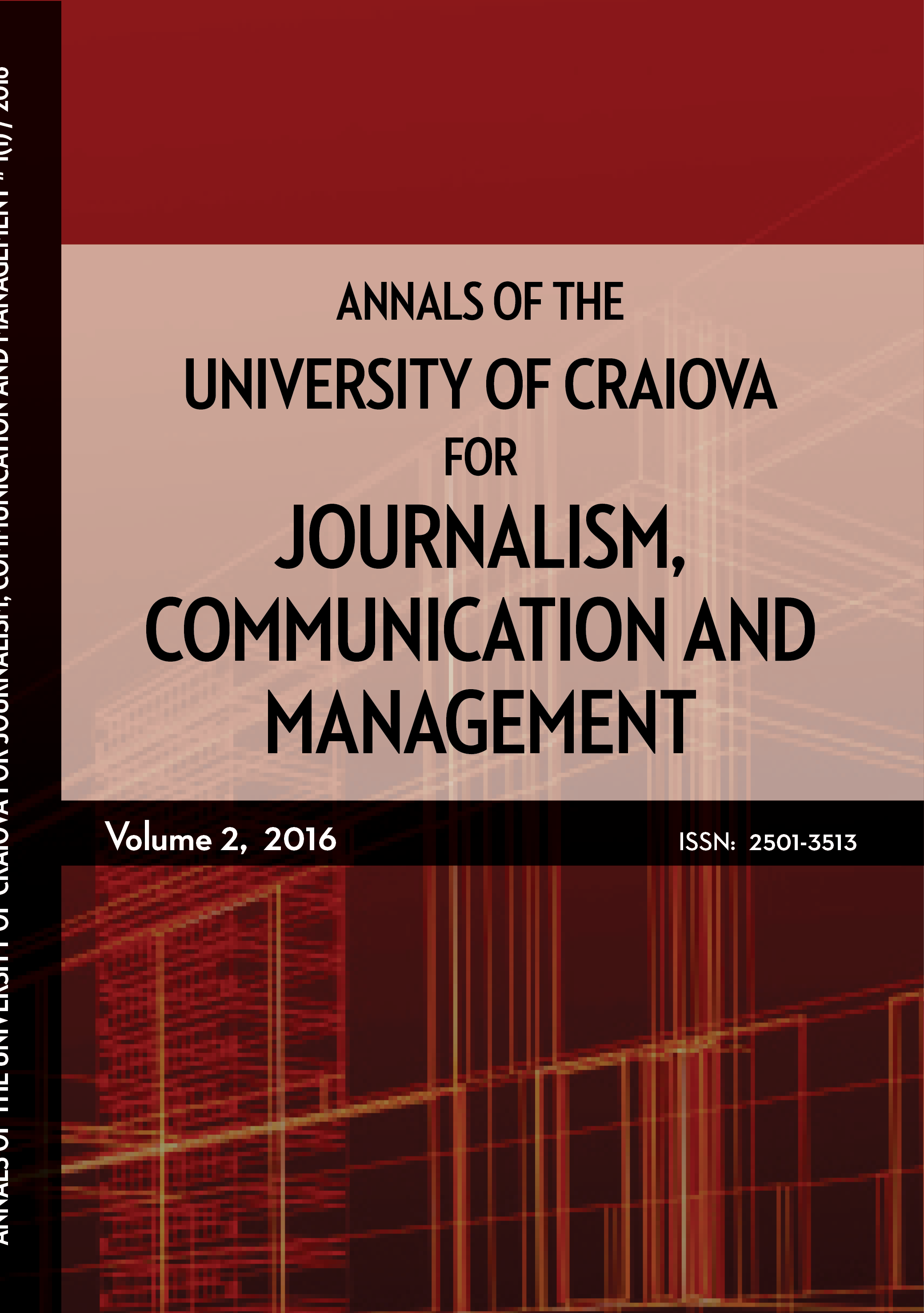 Summary/Abstract: The study is based on the development of the public relations’ campaign from 2000 to 2016 and how they influenced the public. For this research it was used the meta-analytical method. In 2000 the era of Internet has been started, but wasn’t at the same level how it is today. People from the field of Communication and Public Relation together with the company and its clients begun to learn how to use the Internet in order to improve the strategy of the public relations’ campaign. A major influence given by the power of the Internet causes the launches of the social media: Facebook, LinkedIn, Pinterest, Instagram, Google+, Twitter and more. In Romania, Public Relations are representing a new field on the market; they have started to grow since the fall of the communism in 1989. In our days, more and more companies know the importance of the public relations and they try to discover new strategies to develop their image through public relations campaign. Time is passing and our society is changing and so are the public relations. If in the past year, the consumers were simply impressed by what they saw, nowadays people want more from public relations. They have access to the information through the Internet and are very suspicious about every product, so the people who are working in the public relations must be flexible and open minded to what is new. It’s a continuous learning.