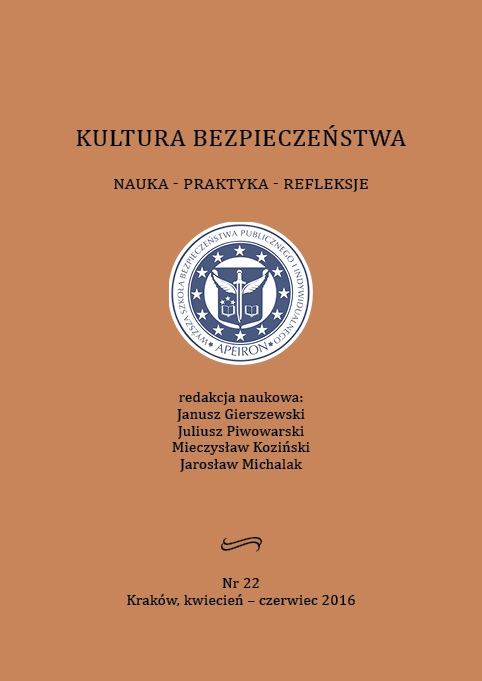 Summary/Abstract: Aims of the Common Foreign and Security Policy of the European Union are an aspiration to the world peace and a guarantee of outside safety and defenses for Member States of the Union, preventing military threats of all kinds and terrorist attacks, the promotion of European interests and shared „European” influence on the politics of states of world, especially in the peaceful international cooperation and observing human rights, according to the legal interpretation in the text of the Treaty on European Union. At the same time these aims cannot be interpreted as the substitute of the European world power status and the instrumentation of making independent the politics of both individual countries of Europe, and the European Union of the United States (of Russia, China, countries of the „Islamic civilization”), but should be spotted as the activity for the common wealth of Europeans and residents of other continents.