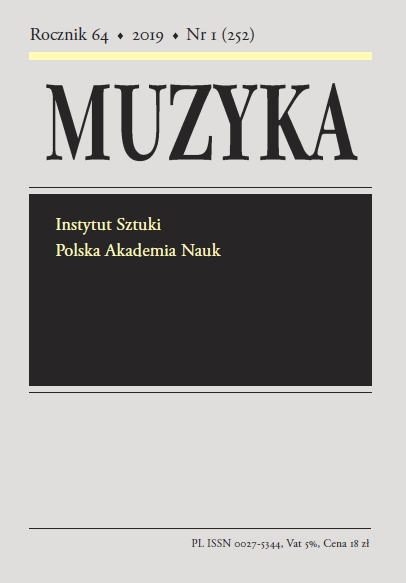 Summary/Abstract: Roman Palester’s film music has left a lasting trace on Polish cinematography, even though the composer himself did not attach much importance to this aspect of his work. The present paper is dedicated to the first stage of his work for the film industry (until 1939). On the basis of surviving audio-visual materials and indirect sources, I aim to sketch a panorama of the reception of Palester’s film music in the cultural environment between the two world wars, to analyse the principles of his collaboration with other composers in the case of co-authorship, and briefly to characterise the function, significance and qualities of Palester’s soundtracks, with particular reference to the film Zabawka (Toy). Palester’s most productive collaboration was that with film director Józef Lejtes (1901–83). The composer wrote music for five of Lejtes’s films: Dzikie pola (Wild Fields, 1932), Młody las (The Young Forest, 1934), Dzień wielkiej przygody (The Day of Great Adventure, 1935), Róża (Red Rose, 1936), and Dziewczęta z Nowolipek (Girls of Nowolipki, 1937).