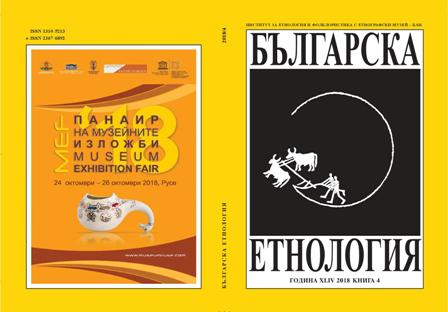 Summary/Abstract: The present article examines the reports on food in the Balkans made by pilgrims on their way to or back from the Holy Land. The research is focused on reports of pilgrims originating from Western Europe as well as the Russian territories from the period between the 11th and 15th century. Among those pilgrims are the Englishman William Wеy, the Germans Arnold von Harff, Felix Fabri, Johannes Schiltberger, Bernhard von Breydenbach, Ludolph von Suchem, the Burgundian Bertrandon de la Broquière, the two Spaniards Pero Tafur and Ruy Gonzales de Clavijo, the Italians Pietro Casola, Bernardo Michelozzi, the Irishman Symon Semeonis, the Russians Danilo, Antonius of Novgorod, Zosim and others. The article traces out their routes through the Balkans and the food possibilities that they discovered in Dalmatia, Constantinople, Peloponnese or the interior of the Peninsula. It gives answers to the following questions: what preparations did the pilgrims make before their journey to the Holy Land; which food they preferred and was most likely to satisfy their needs – the meal in taverns, monasteries, on the ship, on the ruler’s table or the self-prepared food; was there any difference between their food in different parts of the Balkans; which were their favourite meals; were there any differences between the food preferences of the Western European and the Russian pilgrims. Some travellers compiled dictionaries to facilitate their communication with the local people and to assure easier procurement of food and shelter. The article analyses the words in different languages referring to food included in the dictionaries; this gives an idea about the differences between the tastes of the Balkan population – Slavs, Greeks, Albanians, Turks.