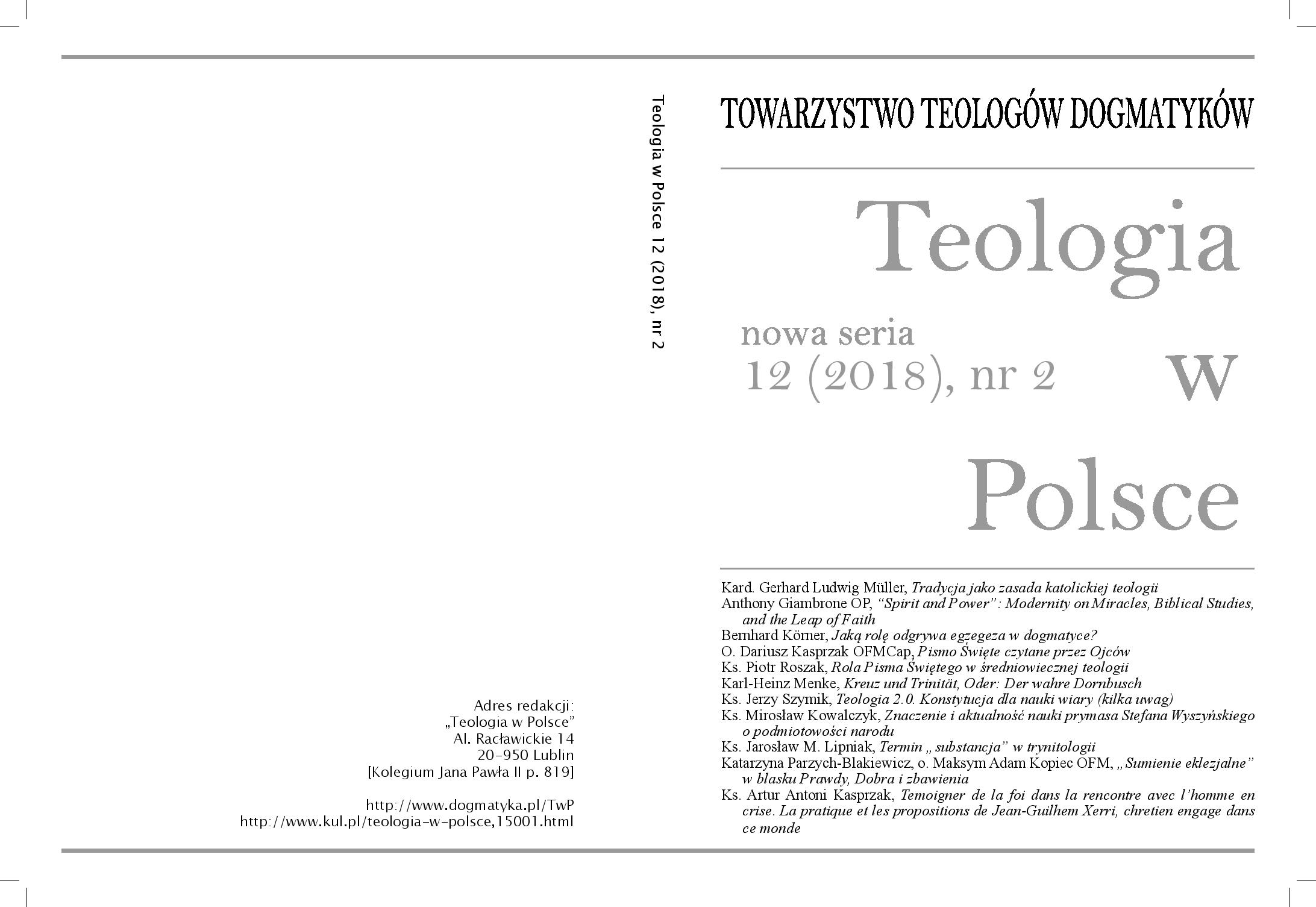 Summary/Abstract: The interaction between theology and science not only stimulates the former to justify its thesis as harmonious with the scientific view of the world, but also motivates it to search new models that would interpret exhaustively its statements in accordance with scientific discoveries and to outline the scope of its further development in the area of coherency between theology and science. The noninterventionist theory of God’s action constitutes one of the most interesting model of such an approach. However, this model being profoundly analysed, despite its large possibility to synthetize the theological view with the scientific one, may cause some doubts. It is so since this model seems to reduce subtly and decompose internally the God’s action while searching its coherency with the world’s action. This article attempts to diagnose that potential risk as well as to propose some modifications and enlargements of the model in order to make it more harmonious with traditional views of God’s action, but without damage on its innovative capacities.