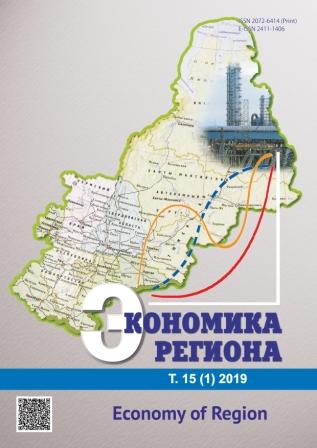 Summary/Abstract: Active interactions between the countries, regions, economic entities, non-profits, and inhabitants of the Baltic Sea territories contributed to the emergence and development of a transnational socioeconomic region. The Baltic macroregion is one of the most developed among international regions that appeared as a result of regionalization, which is strengthened by globalization. At the same time, its creation is a consequence of coastalization, which affects settlement patterns and the spatial organization of the economy. In academic literature, this factor is primarily seen as a general tendency; however, there are significant geographical differences. The impact of the coastalization on the Baltic region has not been studied sufficiently. Based on available statistics, this article analyses differences in the levels and rates of settlement and economy in the coastal zone and the rest of the Baltic region. The economic, statistical and cartographical methods were applied. The indicators of the study objects condition include population density and growth rate, gross regional product (GRP) per capita, and GRP growth rate. The study covers the period from 2005 to 2016. The obtained results have allowed identifying the features of ‘coastalization’ at the microlevel by country, showing that this factor is less significant in Russia, Germany, and Poland than in the other countries of the region. Thus, the study identifies microregions with a varying effect of the ‘maritime’ factor on their development. These patterns can be used in developing national strategic and spatial planning documents and in international spatial planning efforts in the Baltic region.