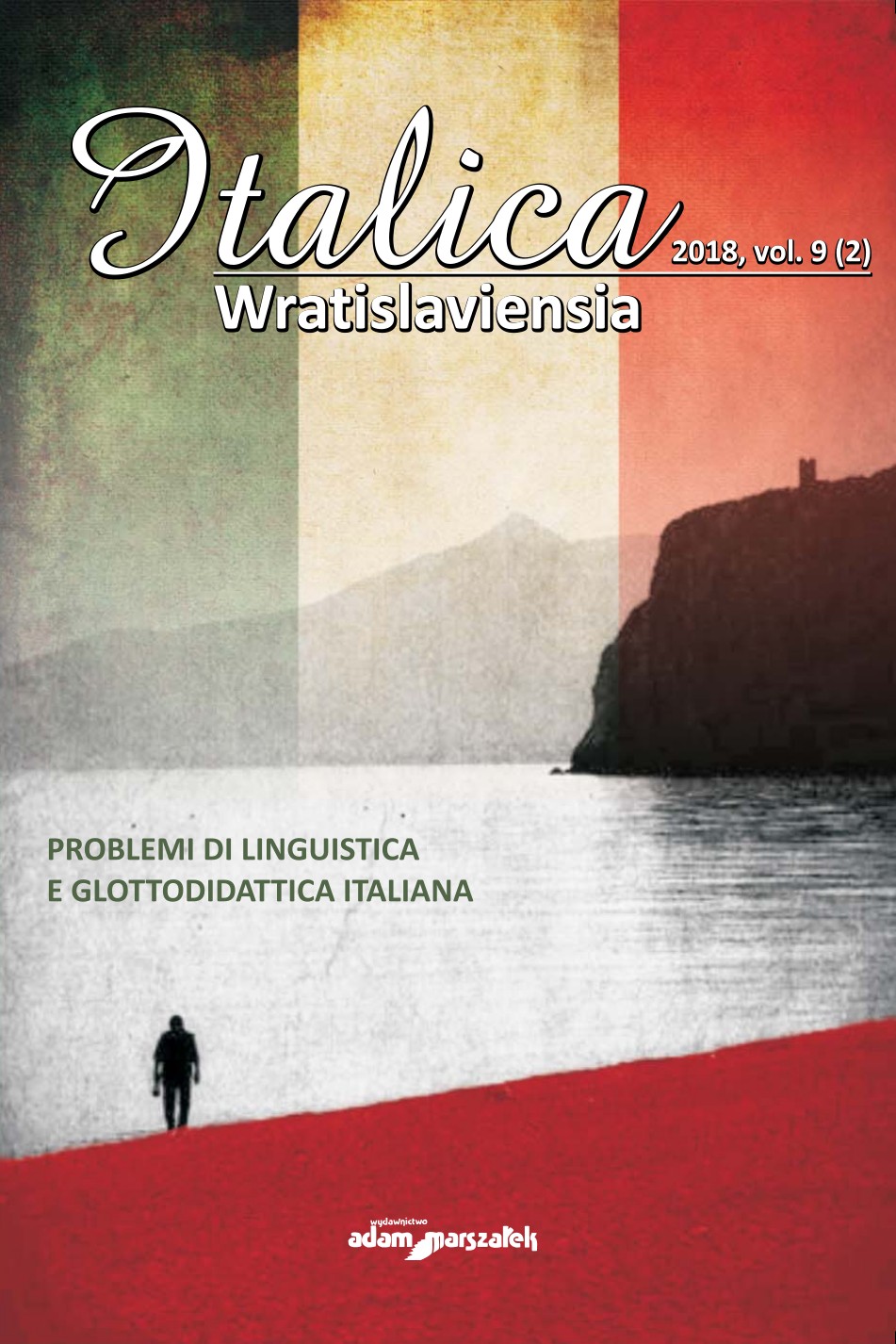 Summary/Abstract: This article aims to provide a contribution and act as stimulus towards creating a new framework for the Polish-Italian grammar in comparative perspective. Having examined the attempts to establish a lexical category of the noun, made by both Polish and Italian students, the subsequent task was to analyse its structural and semantic features in order to single out the differences and observable commonalities within the system of both these languages. With regard to the analysis conducted from the morphological point of view, the emphasis was placed upon the distinctive attributes of the noun in the Polish language, set against those of the Italian. In turn, the analysis of the semantic features is narrowed down to particular dimensions (kinship names, parts of the body, animal sounds and words describing noises), within which more apparent differences emerge between the content’s form and substance.