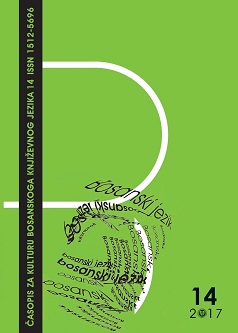 Summary/Abstract: Cognitive linguistic studies of female politicians’ rhetorical language use are rare compared to those based on their male counterparts. This paper analyzes the creative figurative language related to the image of femininity in a broad sense used by former Croatian Prime Minister, Jadranka Kosor, and former US presidential candidate, Hillary Clinton in view of Conceptual metaphor and Conceptual integration theory. In particular, it is examined how they use language strategically to highlight aspects of stereotypical femininity or feminist struggles in order to tackle political issues, when set against the dominant “masculinized” metaphors (Koller 2004a), considered adversarial in nature. Contextual factors (Kövecses 2015) that have an impact on their creative metaphors and blends will also be considered in the analysis. In the body of the paper, on the example of a few statements by said politicians, the two cognitive linguistic theories will be proven adequate to illustrate the basic thought processes involved in meaning construction, and metaphorical expressions and blends will be shown as fruitful linguistic tools in promoting rhetorical goals.