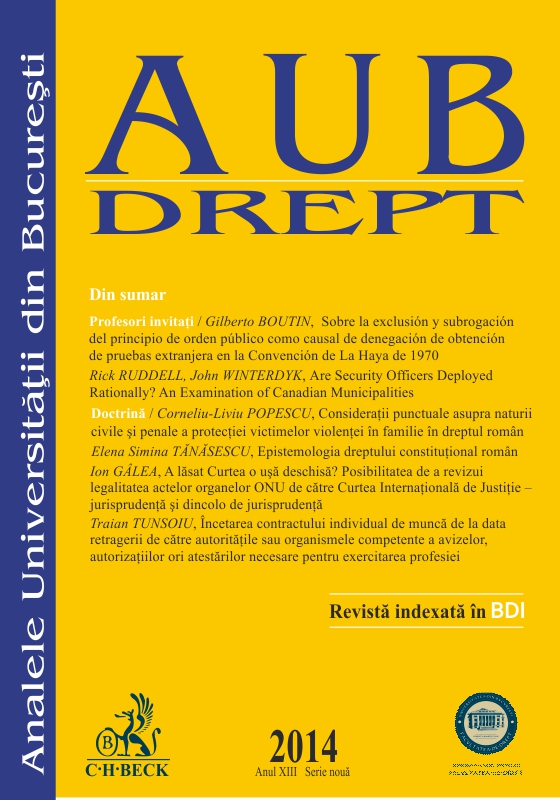 Summary/Abstract: The comparative study of the systems of governments around the world is a highly seminal research field. Many scholars have developed a special terminology and used different methodologies to deal with the main question: which system of government better guarantees the consolidation of democracy, meaning the stability of the political regime and the efficiency of its political institutions? My research focused only on the main findings of most prestigious English language scholars specialized in comparative constitutional law and political science. In the first part of my article I shall clarify some essential concepts which are heavily used by most of these scholars, yet not all the time with a similar content. In the second part of the article, I shall present the two main epistemological dilemmas regarding the study of the constitutional systems of government, as I have discovered them reading a vast research material.