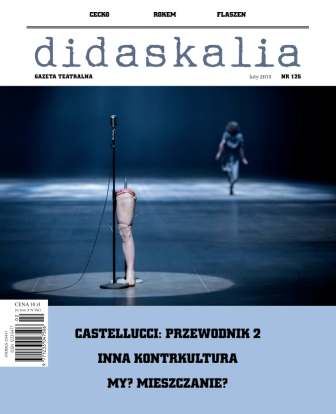 Struktury i sieci: od Antygony do ANT
Structures and networks: from Antigone to ANT

Summary/Abstract: The article is an attempt at a new reading of Sophocles' Antigone, based on the Actor-Network Theory (ANT) of Bruno Latour. The point of departure lies in Judith Butler's book Antigone's Claim, in which the author presents her own interpretation of the play, „criticising the canonical interpretations of Spohocles' work” created by Hegel, Lacan and Irigaray, and, at the same time, referring to contemporary socio-political problems. Like Butler, Borowski and Sugiera focus on the relationship of the protagonist with her family, offering, however, a new reading in the spirit of Latour's theory. They also look for similar models of relationships between characters in popular culture (i.a. in A Game of Thrones and the films Splice i Stoker) and in the so-called high culture (the opera The Name of Oedipus. The Song of a Forbidden Body, libretto: Hélène Cixous).