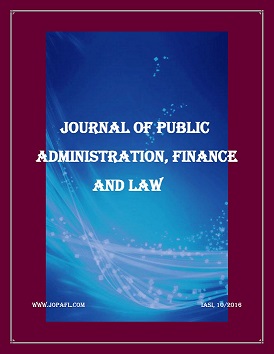 Summary/Abstract: The UK economic and political environment has been seriously challenged this year. The most significant event was the possibility of leaving the European Union. From February 2016, when the date of the referendum has been settled, the pro and cons of this scenario have been much debated on social media. The study aims to identify the BREXIT implications over the England banking system. In order to assess whether the referendums results have influenced in a positive or negative way the investors’ behavior, we have conducted an event study on a panel of 11 financial institutions listed on the London Stock Exchange. The results have shown that in the post event window, the values of the abnormal and cumulative abnormal returns have dropped significantly, the market impact being negative. The outcome of the study has been completed by quantitative analyses, revealing the short term implications over the banking system. Nevertheless, the BREXIT effects over the UK economy have been mostly negative, the investigation showing a decrease of the financial stability.